DALLAS - Far North Dallas residents concerned about DART's plans to run a train alongside their neighborhoods spoke out at Dallas City Hall.

Dallas City Council members adopted a resolution Wednesday which will formalize an agreement that DART will not run freight services along the Far North Dallas portion of the Silver Line.

However, many residents feel DART is already violating a different agreement with the city about the silver line. The resolution, which DART accepted, calls for all infrastructure at the Coit crossing and Hillcrest crossing to be at or below grade. But that plan cuts off homes, a dance studio, ballet studio and a dentist office from Hillcrest. 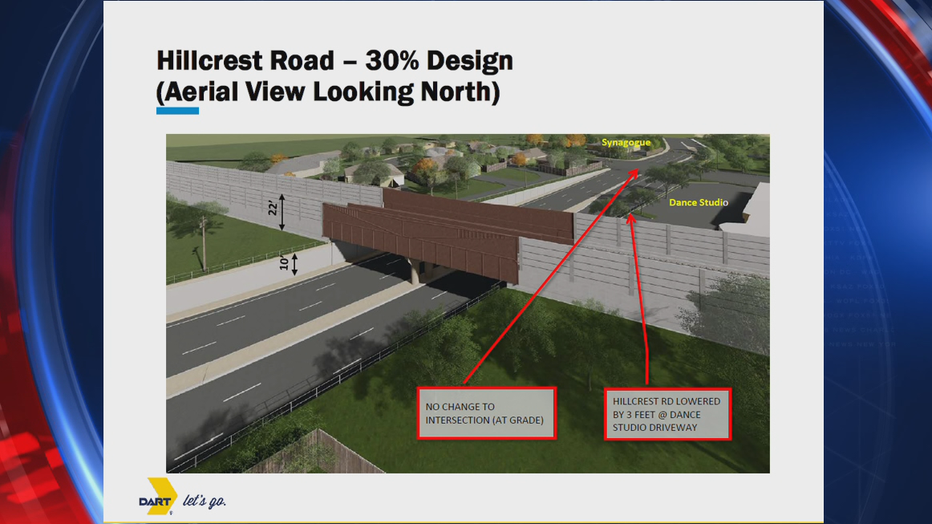 DART is now proposing putting the train in the air at the crossing. But homeowners are pushing DART to tunnel the train instead.

“I am having an issue about why the city doesn't hold DART accountable for the things they've promised,” said resident Melissa Welch. “Why do we have to keep fighting to get basic promises upheld?”

“DART agreed to go below grade in 2006,” said resident Buzz Deitchman. “At the advice of the city council, they have reneged on that promise as well as many promises along the way.”

Deitchman is an attorney who also lives next to the tracks in Far North Dallas. He says 120 homeowners have sent DART notices that they are planning to sue if the transit agency moves forward with its plans for the diesel train.

DART is holding community meetings to hear feedback about its plans for the Silver Line. The next one is next Thursday at the Addison conference center at 6:30 p.m.