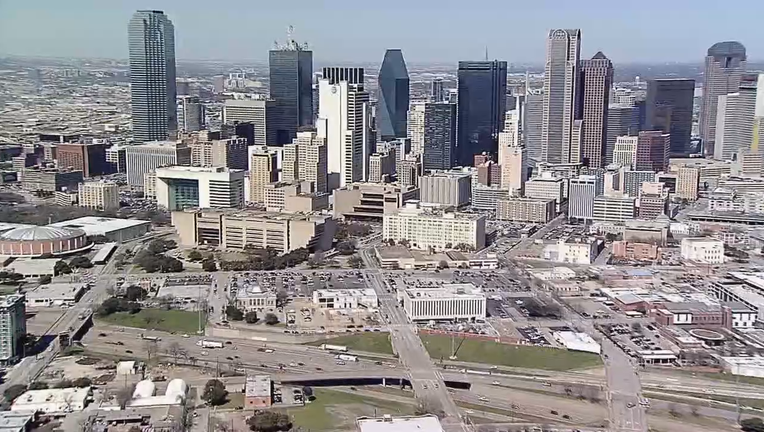 One will be built just north of Downtown Dallas near the Perot Museum. It’s expected to become the tallest building in Dallas at 80 stories tall.

The North End project will be a mixed-use development on Field Street just north of the Woodall Rodgers Freeway. It will have office, residential, retail and hotel space. It will also have a large central park area.

The city council voted in favor of a zoning changes for the project Wednesday, in addition to a $17 million incentive package for the investment firm Goldman Sachs and developer Hunt Realty.

Goldman agreed to move 2,500 existing jobs to Dallas and double that number in the project.

The development is expected to be completed by the end of 2028.

The second skyscraper will be on the south side of downtown behind Dallas City Hall.

T.C. Broadnax will stay in office as the Dallas city manager after reaching agreement with mayor

It’s expected be a 38-story building that will be the first part of another mixed-use development known as Newpark Dallas. It will also have office, retail and residential space, as well as a hotel.

"For years, we’ve had surface parking lots that have not added substantial value in landscape or taxes. This project includes a strategic plan with vision that will transform the area into a walkable mixed-use neighborhood, bridging the Convention Center, Dallas Farmers Market, and the Cedars.  This will re-energize the southern portion of Downtown Dallas," said Councilman Jesse Moreno, who represents the area.

The council approved economic incentives including $4.1 million in grants and millions more in tax increment financing for One Newpark.

The first part of the project is expected to be completed by the end of 2027.