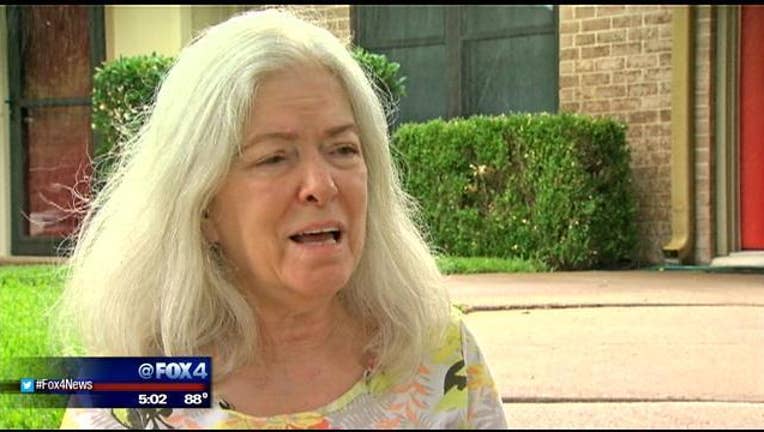 Details about the man who opened fire on Dallas Police Officers outside Downtown Headquarters are emerging.

James Boulware's mother, Jeannine Hammond, said in a statement to local media that "we lost him to mental health long before we lost him to death." Boulware's father, Jim, said Saturday that he never thought his son would become violent despite a history of "making statements."

"He was an excellent father to the child as I said for about seven and a half years until his mind started going," Jeannine Hammond explains.

Jeannine Hammond is the mother of 35 year old James Boulware, the man police shot and killed Saturday morning in an armored van after he shot up and planted explosives around the Dallas Police Headquarters building.

"I never dreamed he'd go after the police! I didn't know he had a particular beef with the police, honestly," Hammond says.

Jeannine Hammond says she figured she'd be the target of his anger because just Monday she was awarded full custody of Boulware's young son.

"He could not have taken care of the child and I couldn't have him back here." Hammond says. And when asked if she was afraid of, she says "Well, I didn't know what he might do."

Boulware's mother elaborated about the mental state her son was in.

"He would sit in our backyard in a chair and basically carry on a conversation with something in the chair in front of him. So, that was kind of scary and it was scary for the child," Hammond says.

In May of 2013 Boulware choked Hammond in her home. He was arrested in Paris, Texas.

She and family members hoped he would finally get a mental health evaluation before his release, but he didn't.

Hammond says her other son even tried to get a judge to order a mental health evaluation because of the violent threats he'd made about shooting up schools.

She says while he was never officially diagnosed with paranoid schizophrenia, he did have troubles as a teenager.

"They said they thought he had schizophrenia, but he was too young to diagnose. It was right before he turned 15," Hammond says.

In closing Hammond said the following, "I couldn't handle him if he got out of control so, that's the story. I'm sorry, I'm so sorry I wish there was some way we could have avoided all of this. It breaks my heart I feel somewhat responsible, I can't do anything about it, but I do think people with mental health issues, the court system needs to be better."