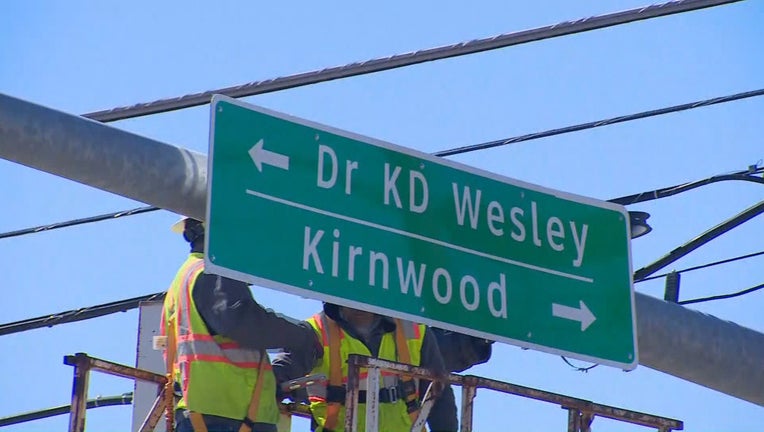 DALLAS - The city of Dallas is honoring a pastor and community leader by renaming a street after him.

He led the congregation for three decades before dying in 2019.

He was remembered for his dedication to improving southern Dallas.

"It’s great to have equity in southern Dallas. It’s great to have someone like Dr. Wesley with all the things he did, fighting the pay day laws, economic development opportunities and just helping the city of Dallas as a whole," said Dallas City Councilman Tennell Atkins.

Maryland crossing guard saves student from being hit by car