DALLAS - Dallas police have released body camera video from Monday's deadly officer-involved shooting of a man with a gun that turned out to be a fake firearm.

The video does not show 28-year-old Edgar Luis Tirado when the shooting actually happened, but we did learn a few more details about the series of crimes leading up to the shooting.

The police video shows angles from one officer and from their helicopter.

Tirado was the focus of a manhunt for a string of armed robberies committed on Monday.

In a video released on YouTube Thursday evening, without reporters present to ask questions, Dallas police gave a play-by-play of Monday’s crimes.

Police said the first robbery was captured on surveillance at 2:30 p.m., at the Fiesta supermarket on Spring Valley Road.

Minutes later, there was another robbery.

There was another 911 call of a man pointing a gun at woman while trying to carjack her.

Police then reported Tirado pointed a gun at officers near a school, but officers did not shoot.

Tirado ran away, and then at about 5 p.m. at a CVS on Coit Road, employees told police he showed a gun to them and stole items.

The police helicopter then showed Tirado running across all the lanes of I-635. 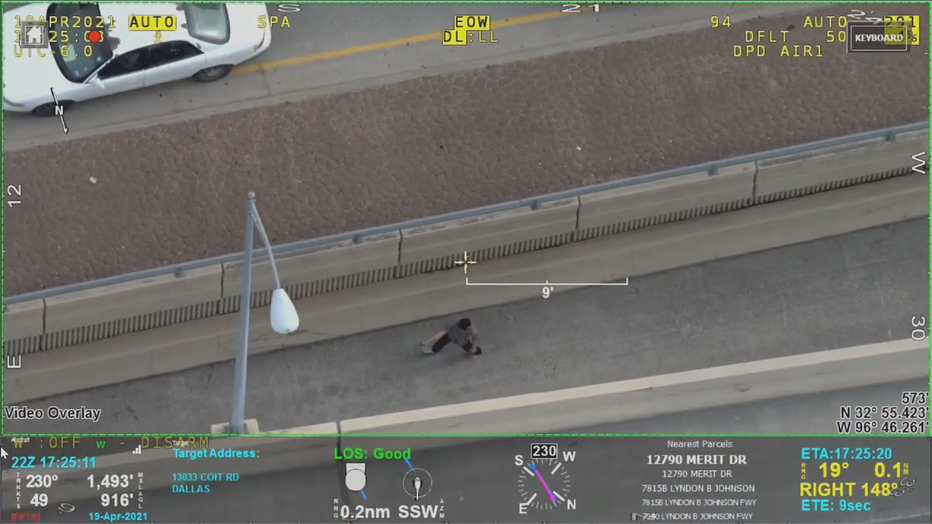 At times, he is seen pointing what is now known to be a fake gun at officers.

It was actually a replica of a 357 snub nose revolver.

But only body camera video from one officer was released.

Two of have been on the force less than two years, while the other has been with the department for five years.