Dallas police say a man with a replica gun was shot and killed by officers after he tried to carjack someone and robbed two stores at gunpoint Monday.

DALLAS - Dallas police say a man with a replica gun was shot and killed by officers after he tried to carjack someone and robbed two stores at gunpoint Monday.

The shooting happened on the service road of LBJ Freeway at Coit Road.

Dallas Police Chief Eddie Garcia says officers responded to a call around 4 p.m. for a man with what was believed to be a gun. He had tried to carjack a woman near a school but was unsuccessful. When officers made contact with the suspect, he took off.

A short time later, Garcia says they received a phone call about a man who robbed a CVS on Coit Road at gunpoint before running out from the back.

Once police found the suspect, Garcia says he ran across I-635. When officers closed in on him, he displayed what police thought was a gun. Three officers fired their weapons at the suspect, hitting him once. He was taken to a hospital and pronounced dead. 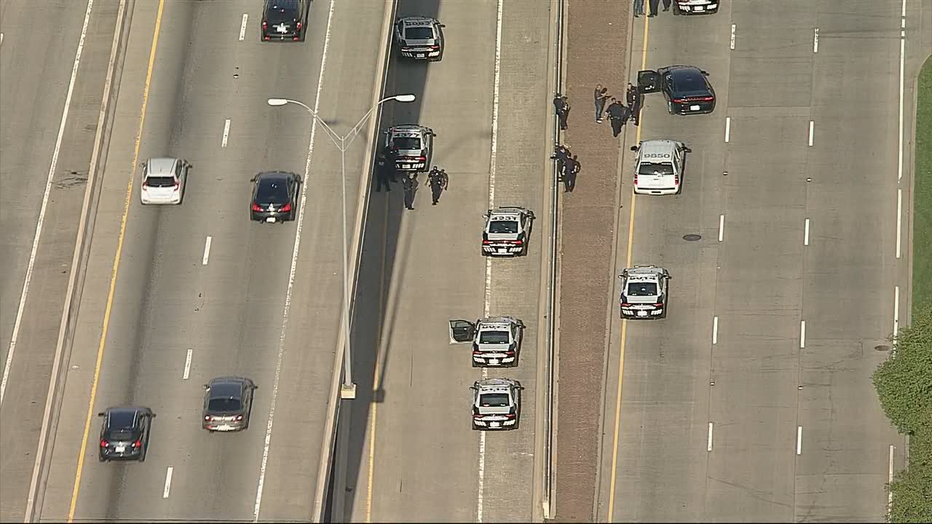 Garcia says the man was also likely responsible for another robbery that happened at the Fiesta Market earlier in the day.

It turns out the suspect weapon was actually a replica gun that looked like a revolver.

"The investigation revealed so far that what appeared to be a handgun was a replica firearm that looked exactly like a revolver. We will have photos of that tomorrow as well for you," Garcia said.

The suspect's name has not been released. Police would only describe him as a white male.