A Dallas city councilman hosted a discussion with community activists, the city's police monitor and members of the community police oversight board to discuss how to improve relations between protestors and police.

DALLAS - A Dallas city councilman hosted a discussion with community activists, the city's police monitor and members of the community police oversight board to discuss how to improve relations between protestors and police.

Activists and members of the Dallas Police Oversight Board talked about steps going forward and how closely they are watching what's happening.

The first official public conversation about the protests in Dallas happened online in a town hall Thursday night.

Councilman Casey Thomas led the conversation with Dallas’ new police monitor, as well as activists and members of Dallas’ police oversight board. They’ve been watching what’s happening and using their power to advocate for peaceful protesters. 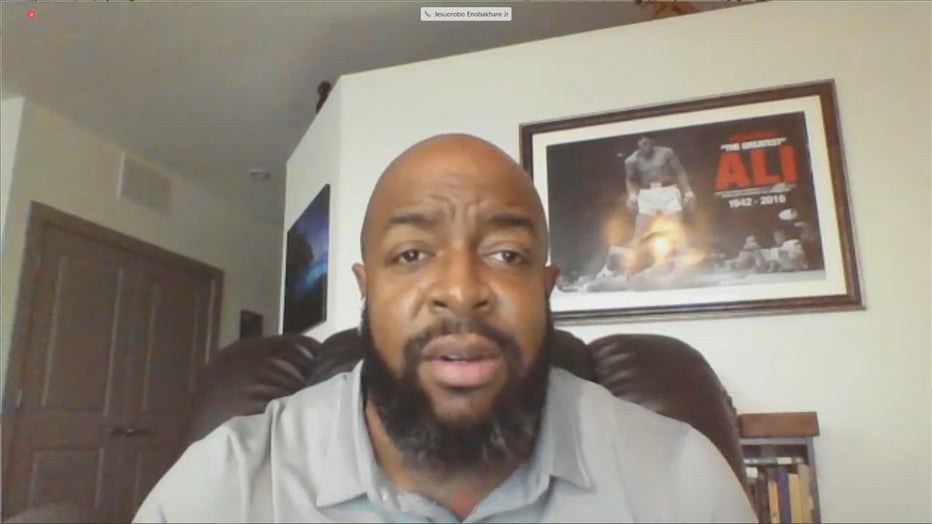 “Making sure what's going on and using our influence to lessen the impact on our civilians when they come in contact with the police,” said Dallas Police Monitor Tonya McClary.

They have promised to investigate the clashes between police and protesters.

The board has set up a hotline to collect demonstrators’ testimonies and videos.

Activist Changa Higgins criticized Dallas police’s handling of the protests over the weekend and on Monday night when more than 600 people were detained on the Margaret Hunt Hill Bridge and then later released. Thursday evening, the department said those protesters won’t be charged.

"I stood before you and made myself extremely clear that we will arrest anyone who breaks the law. And although peaceful, the protesters broke the law,” she said. “We warned them. They did not stop. They decided to take a knee on the bridge."

But activists suggest the police and the oversight board can do better work together.

The next meeting of the board, which they expect to be heated, is June 9 beginning at 5 at Dallas City Hall.