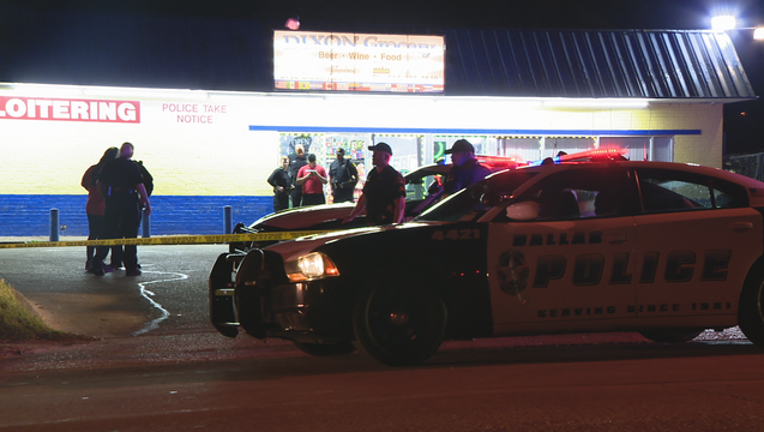 DALLAS - Dallas police are searching for two men who opened fire outside a grocery store, killing a 20-year-old man.

Police say this shooting happened just after 11:30 p.m. on Wednesday, at The Dixon Grocery located in the 3700 block of Dixon Ave.

Investigators found that he was shot while standing outside the store.

The motive behind the shooting is unknown at this time, but police are continuing to investigate.