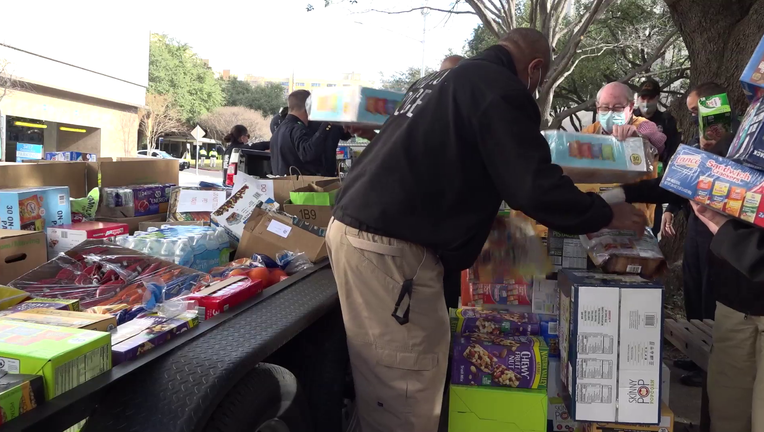 DALLAS - Dallas police brought snacks, gift cards and other gifts to doctors and nurses who have been caring for COVID-19 patients.

Donations were collected Saturday at the Northeast Patrol Division Station on Northwest Highway.

Police said they wanted to show healthcare workers that they are appreciated.

"There’s a lot of sacrifices, time, hours away from their family and they probably had to quarantine themselves to be away from their families to treat the sick. We just want to say thank you very much," said Deputy Chief William Griffith with the Dallas Police Department. 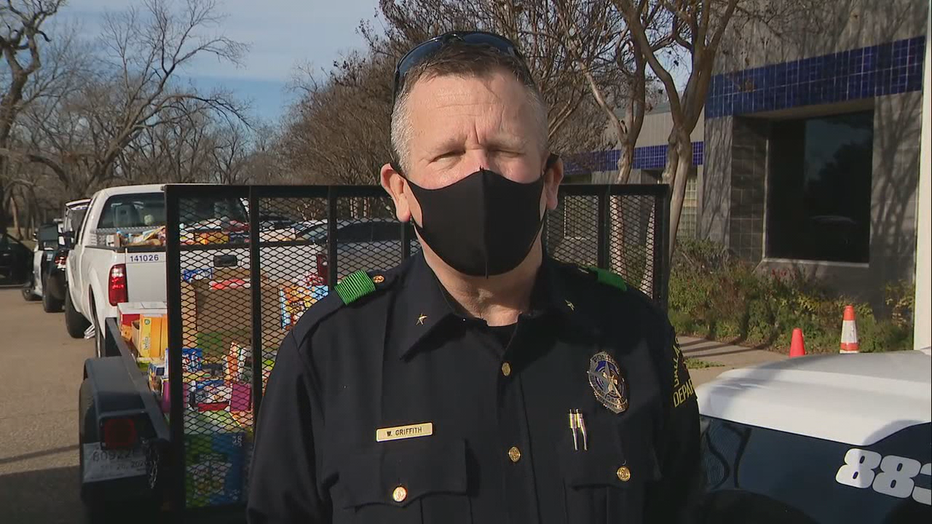 Officer Bervin Smith said early in the pandemic there were large shows of support for healthcare workers from organized cheers to the Dallas skyline going blue and a Blue Angels flyover.

As the months have dragged drag on, the shows of support have slowed but the work has not.

"They don't get lunches or breaks. They work 12-18 hour shifts and want refreshments to keep them going, want them to know we are behind them 100%," he said.

The officers delivered a van, truck bed and trailer full of the gifts to nurses at Baylor University Medical Center and Parkland Hospital in Dallas.

Ramberger said no one has ever said thank you to her nurses at this level.

"We are partners with the Dallas Police Department in so many ways. But that they gave back to us and they had the heartfelt; they know what we’re going through with this fight of the pandemic. But we were overwhelmed with their generosity," she said. "We have had donations and we appreciate so many donations but we’ve never had one to this scale."

Ramberger said every team member at Baylor will get to share in the appreciation.