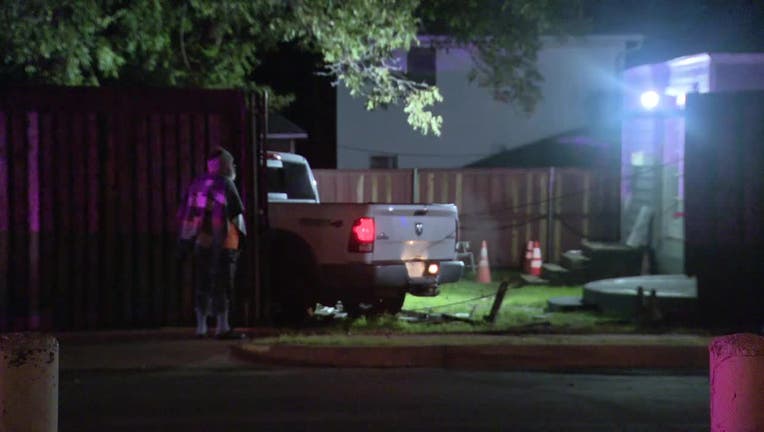 DALLAS - Dallas police arrested a man who was believed to be armed following a chase late Saturday night.

According to police, someone called 911 at about 11 p.m., reporting a man with a gun inside a pickup truck near W. Saner Avenue and S. Westmoreland Road, in West Oak Cliff.

Officers tried to pull the truck over, but police said the driver refused to stop.

They said the driver "appeared" to have pointed what looked like a gun at a homeless person.

The chase ended less than 30 minutes later, near Jefferson Boulevard and Cockrell Hill Road, when the truck driver lost control and crashed into a fence.

He tried to run, but was captured. The suspect’s name has not been released. It's unclear if police recovered a weapon at the scene.