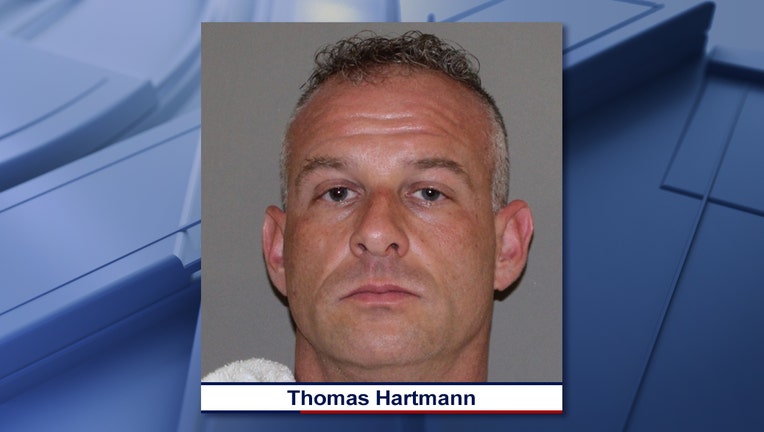 DALLAS - A senior corporal with the Dallas Police Department has been arrested for an incident in Aubrey earlier this month.

Thomas Hartmann turned himself in to the Denton County Sheriff’s Office on Friday after he was charged with assault and tampering with a witness.

No details have been released about the incident that led to Hartmann’s arrest, other than it happened in Aubrey on March 6.

Dallas police said Hartmann with the department since January 2010, and will be on administrative leave until the outcome of an internal investigation.

Another DPD senior corporal was arrested early Saturday morning on a DWI charge after he was found asleep behind the wheel of a vehicle parked in Cedar Hill.

RELATED: Dallas PD officer arrested for DWI after found asleep behind the wheel of parked vehicle in Cedar Hill