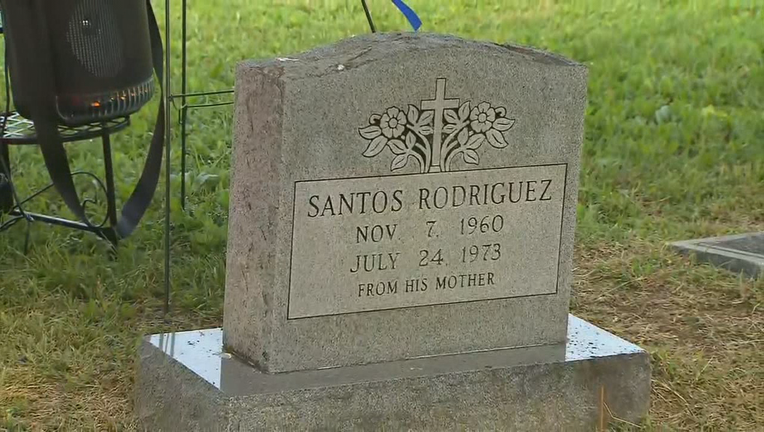 DALLAS - Nearly 50 years after a child was killed at the hands of police, Dallas Police Chief Eddie Garcia apologized on behalf of the department.

A memorial was held Saturday afternoon in honor of Santos Rodriguez, who was murdered at the age of 12.

It was on July 24, 1973, when Santos and his brother, David, were picked up on suspicion of burglary. Santos was handcuffed in the back of a Dallas police car.

Officer Darrell Cain held a revolver to the boy's head and pulled the trigger on an empty chamber. The boy still insisted he was innocent. The second trigger pull was a live round and was a fatal shot to the head.

"We are sorry that someone entrusted to protect you, someone who wore the same uniform I proudly wear today, took your son and took David's brother away by way of murder," Chief Garcia said.

"Justice really was served today on behalf of the Dallas Police Department for the Santos Rodriguez family," said Carlos Quintanilla, with Action America.

The memorial was held at Pike Park, where Rodriguez played as a child.