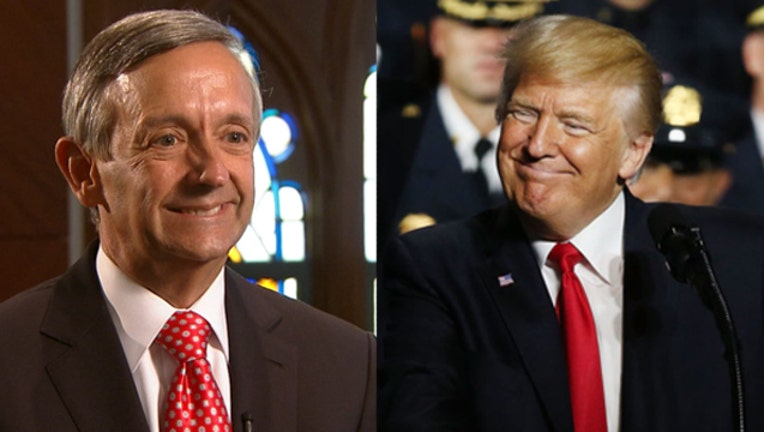 Jeffress said Trump got the “sentiment” correct and he was “right on target” by questioning why the U.S. accepts immigrants from those countries during an Oval Office meeting with lawmakers.

"Apart from the vocabulary attributed to him, President Trump is right on target in his sentiment,” Jeffress said in a statement, first released to the Christian Broadcasting Network and later shared with FOX4.

Jeffress tried to draw a distinction between Christian obligation and the politics of governing.

Jeffress also said he was “grateful” to have Trump as president and thanked him for the “courage” to protect the U.S.

Jeffress is an informal advisor to Trump and has visited the White House. He has repeatedly defended Trump over the past two years and has sometimes offered Christian theology as a basis for his defense.

House Speaker Paul Ryan said on Friday that Trump's slur about Africa was "very unfortunate, unhelpful." Ryan said his ancestors were Irish and "were really looked down upon." He called immigration "a beautiful story of America " and said Africans in his hometown of Janesville, Wisconsin, are "incredible citizens."