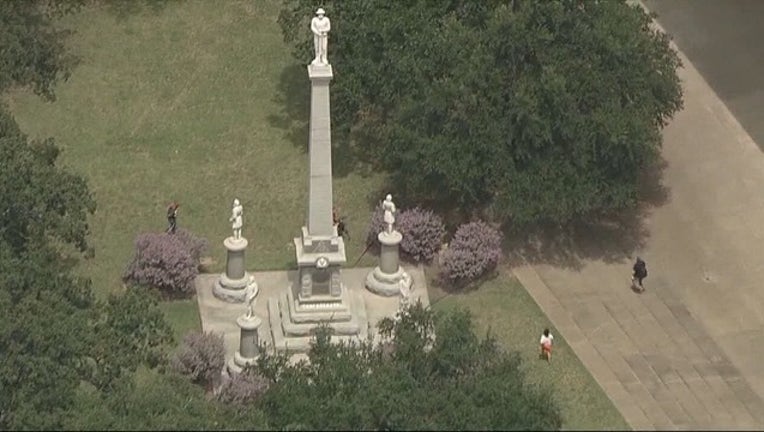 DALLAS - The city of Dallas was ordered not to remove an old monument to the Confederacy downtown.

The city planned to remove the six-story Confederate War monument that sits in Pioneer Park near the Kay Bailey Hutchison Convention Center.

In June, the city got clearance from a Dallas County district judge who denied a request for a temporary injunction. The monument was covered in black plastic.

Then on Monday, a state appeals court ordered Dallas to halt. The court also ordered the city not to sell the Robert E. Lee statue unless the sale had been completed.

That statue was sold at auction for more than $1.4 million and is already in the hands of its new owner.

The lawsuit was filed by a Dallas man who believes removing the monuments is unconstitutional.