The city of Dallas is hoping to tackle rising crime rates among young people with its new violence interruption program.

DALLAS - The city of Dallas is hoping to tackle rising crime rates among young people with its new violence interruption program.

The program will work with an organization called Youth Advocate Programs, which has already been mentoring and working with at-risk youth in the DFW area since 1992.

Youth Advocate Programs has developed a different method to reduce crime through decades of work in the DFW area to keep kids in the juvenile court system from re-offending.

"We know that many young people that have trauma, oftentimes if untreated, can lead to violence, and so we want to treat root causes of what’s going on with them," Ivory said. 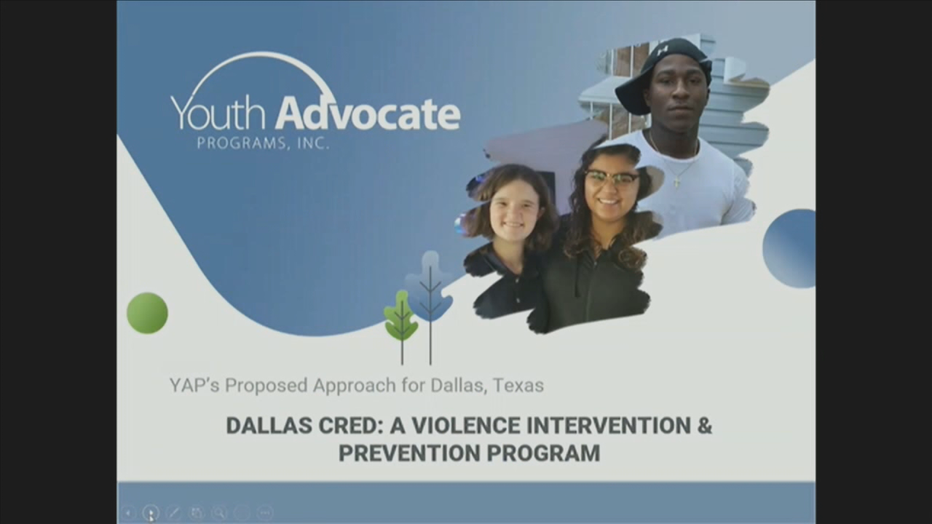 Now the program is under contract with the city of Dallas for two years at $1.6 million.

The group plans to hire people who have established ties in high-crime neighborhoods.

"They have lived in these neighborhoods, many of them may have been involved in the system, child welfare, juvenile justice, adult justice," Ivory explained.

Workers may get referrals from police and others on people who need help.

They’ll also work with businesses to employ those at-risk.

"We ask people to put down a gun, put down drugs, put down drug dealing. We have to say, what are we going to replace that with?" Ivory added.

Program leaders said they have a proven track record in other cities, like Baltimore.

"Cities that have used these deterrence strategies successfully have also made use of street workers, often former gang members, to communicate the deterrence message directly to gang members on the street and to serve as a resource to connect with them and social services," Garcia said.

The program aims to reach at least 400 to 500 people in its first year.

The target age range is 14 to 25 year olds, but they will serve anyone in need.

"In a year or two, we want to see crime, crimes against persons, gun violence, and homicides come down," Ivory said. "And that’s going to be the focus and we’re going to achieve it together."

Youth Advocate Programs has already started working in Dallas. The plan is to hire 11 people and start training them in early June.