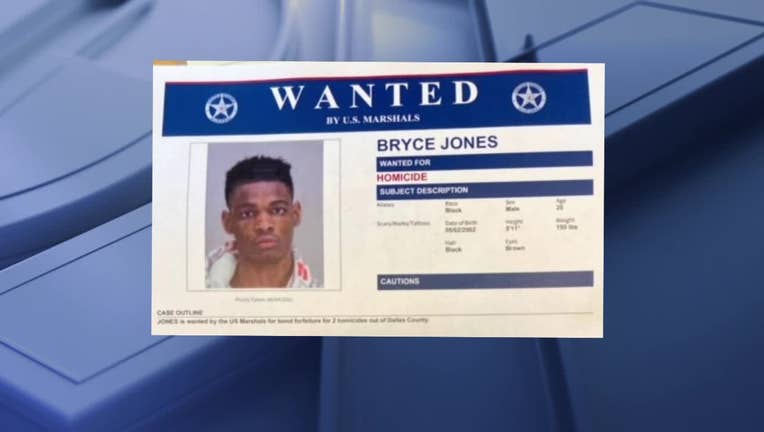 DALLAS - One of the men facing a capital murder trial for a deadly July 4 weekend shooting last year is on the run.

They said he cut off his ankle monitor in the parking lot of a Mesquite hardware store and is now believed to be hiding out somewhere in the Mesquite or Garland area.

Jones and three other men were indicted on capital murder charges.

They’re accused of killing three people in the Hamilton Park neighborhood in Dallas.

Jones’ picture will soon appear on billboards throughout the metroplex.