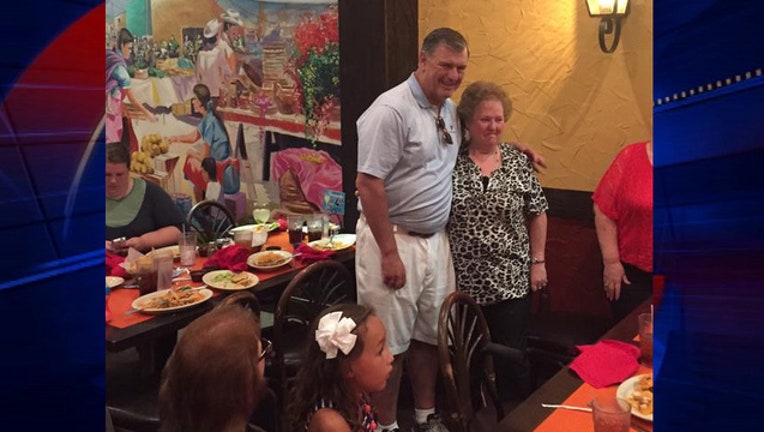 Dallas Mayor Mike Rawlings is one woman's hero after saving her life inside a Dallas restaurant on Saturday.

Rawlings was eating at the downtown Dallas El Fenix on Saturday when the woman started choking.

He said the other people at her table started yelling for help.

The mayor used the Heimlich maneuver to help the woman get the piece of meat out of her throat and start breathing again.

It's not the first time Rawlings used the Heimlich on a stranger.

"A few years back, there was a guy who was choking that I kind of did that to, but he was much thinner, and he wasn't not not breathing,” Rawlings said. “He was still kind of coughing. She was just totally red."

Rawlings' son posted a photo of his father and the woman he saved on Twitter. The mayor said the woman didn't even recognize him at first, but thanked him for saving her life.