‘Dallas Mayor Eric Johnson on Gov. Abbott’s new orders: ‘I’m not sure that this is exactly what we need right now’

Dallas Mayor Eric Johnson says he was surprised at the governor’s announcement on Tuesday to reopen salons Friday.

DALLAS - Dallas Mayor Eric Johnson says he was surprised at the governor’s announcement on Tuesday to reopen salons Friday.

As a former Texas football player, Johnson said he doesn’t like ‘Monday morning quarterbacking,’ or questioning the decisions made by the governor. But he told FOX 4 that people in Dallas should reconsider rushing to get their nails done.

“A little surprised,” Mayor Eric Johnson said Tuesday, “I’m not sure that this is exactly what we need right now.”

Dallas County reported a record-breaking 253 new cases on Tuesday and seven new deaths. It was the third day in a row that more than 200 new cases were reported.

“We are going to have to take responsibility, here at the local level, for making sure that we make our curve as flat as possible in spite of the reopening of the economy,” Johnson said. “And that means we have to really, really double down on unnecessary gatherings, covering our faces when we’re out in public and making sure that we continue to engage in distancing.”

Johnson said the state may be moving a little faster than the science would suggest safely reopening.

“I want this economy as much or more than anybody in Dallas, because I see the damage it’s doing to our city’s budget. But there has to be a balance here,” the mayor said. “And I think there’s a balance to be struck that doesn’t necessarily involve opening up barber shops on Friday and opening up gyms in a couple weeks.” 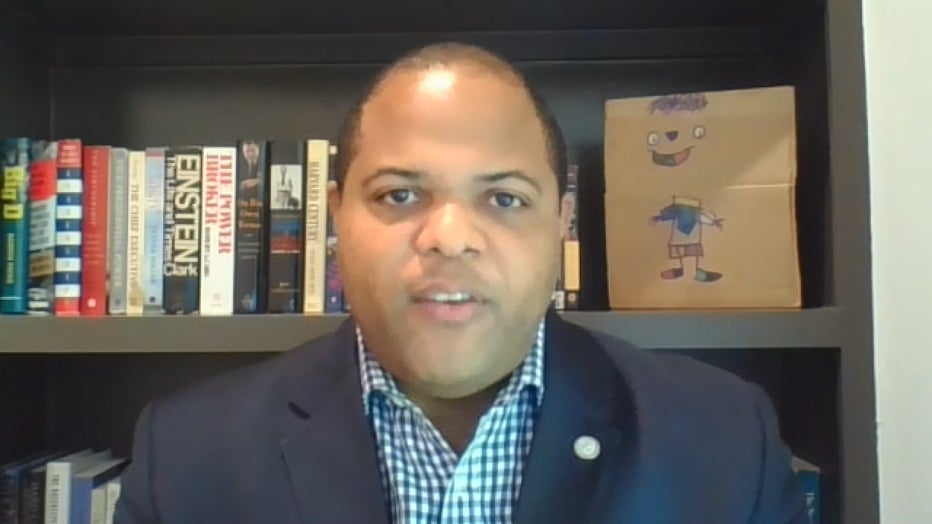 Johnson advised people to not rush to their local hair or nail salons just yet.

“I would suggest that people put the safety of their neighbors and their loved ones ahead of their personal appearance for a little while longer,” he said.

The mayor says he has asked the council to make sure there are enough code compliance workers to enforce the reopening guidelines laid out by the governor.

Johnson says the strain on Dallas’ economy has him “extremely concerned” about the possibility of having to furlough or lay off police and firefighters, but he will do everything to avoid that.