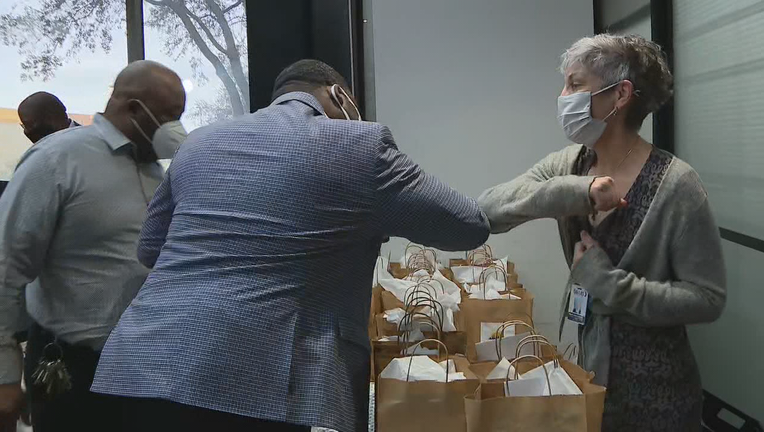 The district says the storm damaged about 130 schools and students wouldn't have been able to return without their hard work.

As a token of thanks, these workers will receive a $300 gift card to Cavender’s and two tickets to SMU's season opening football game in the fall.

"It feels great to be honored, I'm not going to lie. But there was a lot of people that you don't see. The people that show up at 3 a.m., 4 a.m. after that blackout, driving through the city when it’s blanketed in snow, they're the real heroes," said Miguel Soto, heating and ventilation manager, DISD.

The Dallas Education Foundation says Wednesday's gifts were given in partnership with Atmos Energy.