Dallas ISD is moving forward with a major change to the school year calendar.

DALLAS - Dallas ISD is moving forward with a major change to the school year calendar.

Trustees approved three different school calendars. Two of them extend the school year for some students.

The plan is complex, but essentially the district wants to make sure that all of its students have the chance to get more classroom time if they want it. But that decision is up to parents, principals and teachers.

The district is considering whether next school year will have three different calendars rather than one.

The idea is to make up for learning losses during the pandemic and helps kids who have fallen behind. 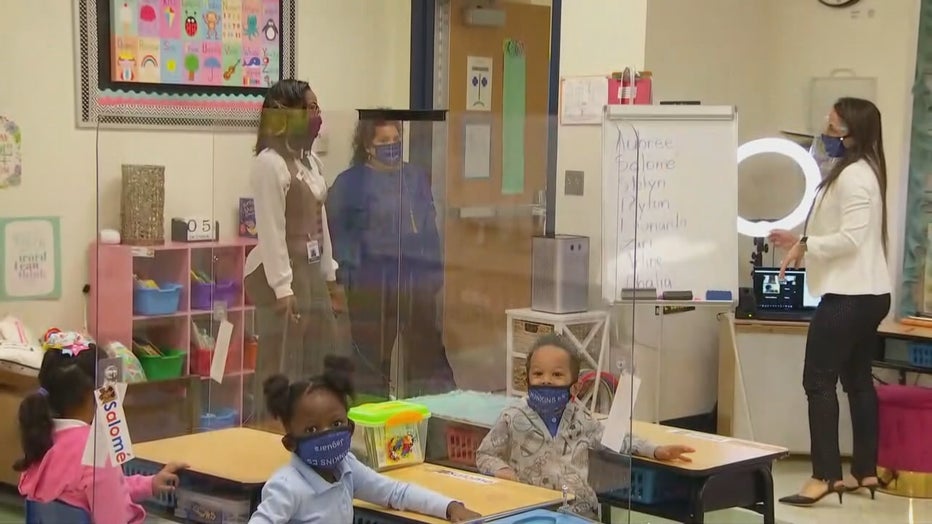 Most schools will follow the traditional calendar. But there are two others that could add five more weeks to the school year. One of them would only apply to some students.

The district is targeting about 75 schools as high priority and hopes at least half of the students at those schools will sign up for extra classroom time.

The third calendar targets an even smaller number of schools. It also extends the school year, but it would apply to every student in those target schools.

About half of Dallas ISD students are behind in math and 33% are behind in reading. Those numbers along with things like test scores, grades and economic inequities have determined which schools the district is targeting.

There was discussion between board members who worry about the loss of summer break and worry that this will be forced on their families.

But to be clear, no schools have been selected yet. School officials say in order to move forward, the district needs not only principal support but feedback from nearly all teachers on whether or not they will participate.

Overall, teacher and parent interest will determine which campuses are selected.