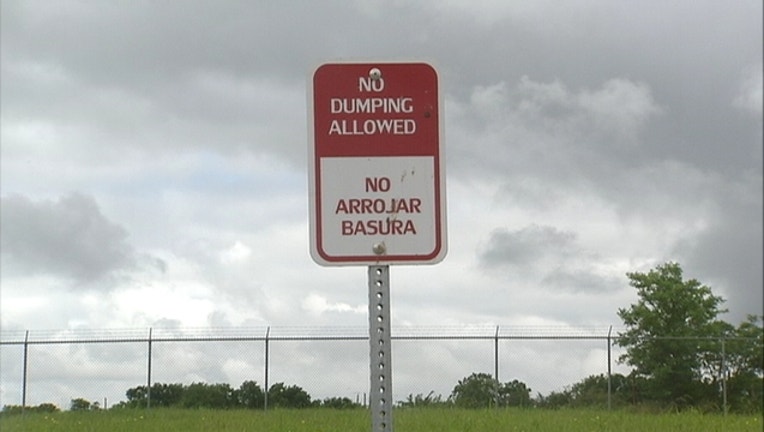 The city of Dallas is stepping up its crackdown on illegal dumping.

The city announced a new campaign Friday called "Real trash talk" to continue its efforts to decrease dumping. The slogan will be used in hashtags, on billboards and other public service postings.

Since February, the city says it has reduced the number of "chronic dump sites" from 62 to 54 and has installed dozens of surveillance cameras around dump sites as well.

“If you dump in our city we will arrest you at work, at home, we will find you,” said Erik Wilson, Dallas Deputy Mayor Pro Tem. “The marshal's office is up to date in its illegal dumping warrants. When we get the warrant, we actively pick up the individuals. We cuff you and we take you to jail.”

The city also thanked the community for reporting illegal dumpers. More than 30 people were arrested for dumping in May alone.