More than four months after a shooting on Greenville Avenue in Dallas, a Cowboys player who was part of the investigation has been cleared of any wrongdoing. The murder victim's family thinks things would've turned out differently if he was an average person.

DALLAS - More than four months after a shooting on Greenville Avenue in Dallas, a Cowboys player who was part of the investigation has been cleared of any wrongdoing.

Cowboys cornerback Kelvin Joseph was in a car with the suspected gunman the night a man was murdered while celebrating his birthday.

The family of Cameron Ray feels like if Joseph was an average person in the car where shots were fired killing a man, he would be facing charges. 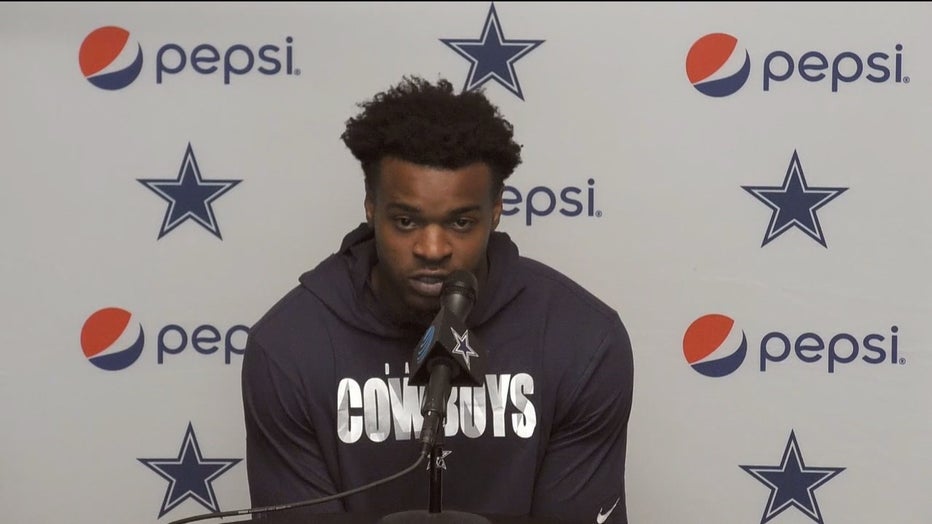 Dallas police cleared him, but the NFL could still punish the young Cowboys player.

On the first day of training camp in Oxnard, California, for the Cowboys, Dallas police confirmed they are not bringing any charges against Joseph.

"It feels like a kick in the face that Dallas police didn't open a case on him," said Krista Wigfall, Ray’s stepmother.

In March, 20-year-old Ray was in Lower Greenville with some friends. Outside a bar, two groups got into a fight. Moments later, a car drove by Ray and his friends and shots were fired.

Joseph was in the car with the suspected gunman, but that information was not revealed until a month after the shooting.

"They were right there. You were shooting at this crowd. One dropped, which was our son. You knew that for 28 days," Wigfall said. "Even if you didn't know he died, you knew he was hurt. You still didn't say anything, you or your friends. His friends are there, but he gets to live his life and go play football. I don't think that's fair."

In April, after Joseph spoke to Dallas police detectives, two men were arrested.

Aries Jones and Tivione English, both 21 from Baton Rouge, turned themselves in.

Jones was asked whether the NFL has determined whether Joseph will face punishment or a possible code of conduct violation.

"You are asking me specifically has [the NFL] addressed that? No, not at all," he said.

McCarthy also answered a question about Joseph's connection to the murder.

"Obviously, after being involved in the situation, it showed humility to his teammates. We had internal discussions. He was a full participant in the off-season program," he said.

The first reports of Joseph being cleared started coming out on Sunday. He tweeted," Thank God. You always have the last word."

Frustrated by the situation, Wigfall says she will continue to fight for justice for her stepson.

"There's nothing we can do or say to bring Cameron back. But at the very least, we want justice and fair to everybody," she said.

There have not been any other developments in the case since the two arrests from April.

It’s also unclear how long it will take for the NFL to make a decision. We have not received any information from the league itself.