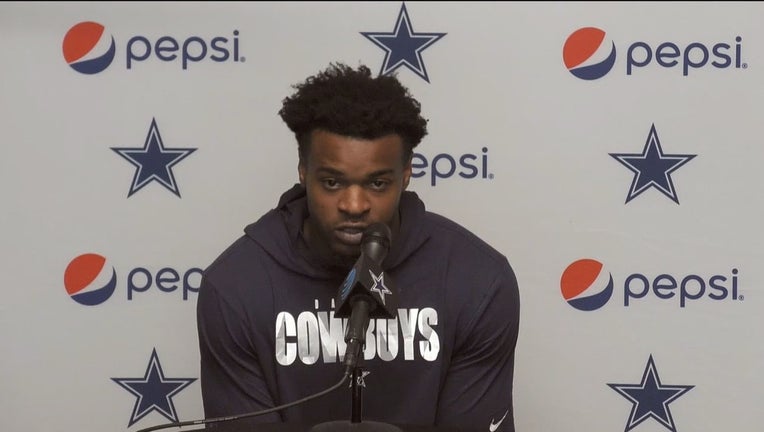 Joseph, through an attorney, admitted he was in an SUV involved in a deadly drive-by shooting last month on Lower Greenville Avenue in Dallas. Cameron Ray was killed.

Two men turned themselves in after Joseph met with detectives.

Jones was asked on the sports radio station 105.3 The Fan about the importance of drafting players with character.

"You go into that with every player, and you certainly give grades on their character risk. And we go in-depth, I would say at least 25% of the report is based on the guy's character -- football character, personal character -- on and off the field. All of the things of what a football player is going to be like and what you project him to be like when he gets into the NFL," Jones said.

Joseph has not been charged with a crime.

Jones said Joseph is working out with the team while the investigation continues.

Dallas police have arrested two Louisiana men in connection with a murder along Lower Greenville that Dallas Cowboys cornerback Kelvin Joseph was wanted for questioning in.

The shooting happened on March 18. But the break for Dallas homicide detectives happened last week when viewers watching Trackdown identified another man who was not the shooter: Dallas Cowboy Kelvin Joseph. He is not charged right now.