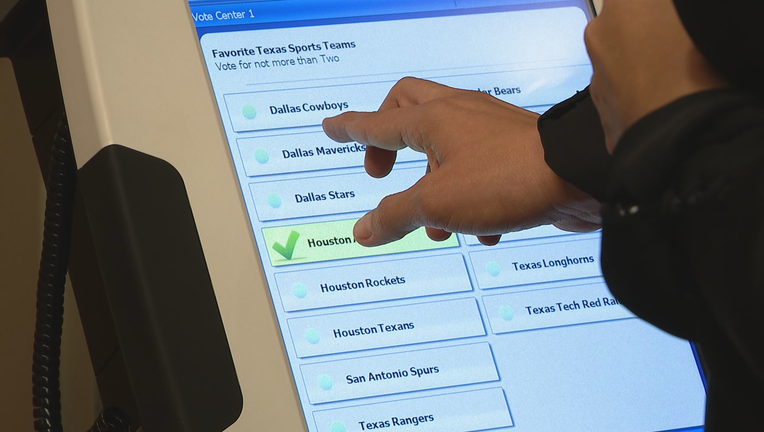 DALLAS - The cost of the upcoming March election is going up in Dallas County – again.

Dallas County Commissioners approved spending $800,000 to extend the lease at a warehouse housing new election machines. That’s after more than $1 million was spent to initially rent the facility.

Earlier this month, Commissioner JJ Koch told FOX 4 that Dallas is not ready for the March primary election.

He said $6 million worth of electronic poll books designed to check voter fraud was incompatible with the county’s new voting machines. An additional $6 million was spent to replace the equipment.

“In March of ‘19, we knew the specifications that it would take to house and power up these machines because there was a known universe of it, we never did the back of the napkin calculations,” Koch said.

“In a perfect world, everything would have fallen into place that as soon as we purchased, we were ready to move into a place that we owned,” said Dallas County Judge Clay Jenkins.

The county promises that its voting equipment will be ready for the March 3 primary.