A Dallas County commissioner says the county is not prepared for the March presidential primary.

DALLAS - A Dallas County commissioner says the county is not prepared for the March presidential primary.

On Tuesday, FOX4 first told you that the county spent $6 million on electronic poll books that are not compatible with the county's voting machines.

Now we're learning that the county can't even house the equipment in its new elections building.

Early voting in the presidential primary gets underway next month, but the county is still waiting to receive electronic poll books to replace the ones it wasted millions of dollars on.

And when the new tablets arrive, they can't even be stored in Dallas' new elections building.

[REPORTER: “Is Dallas County ready for March primary?”] “No, absolutely not. We will face significant challenges with infrastructure and system we have in place right now,” Dallas County Commissioner J.J. Koch said.

Koch says he was floored when he learned 90 days before the March presidential primary that a security measure designed to prevent voter fraud has major flaws.

Electronic poll books designed to check whether someone has already voted, are incompatible with the county's voting machines.

“The ball got dropped in a spectacular way,” Koch added. 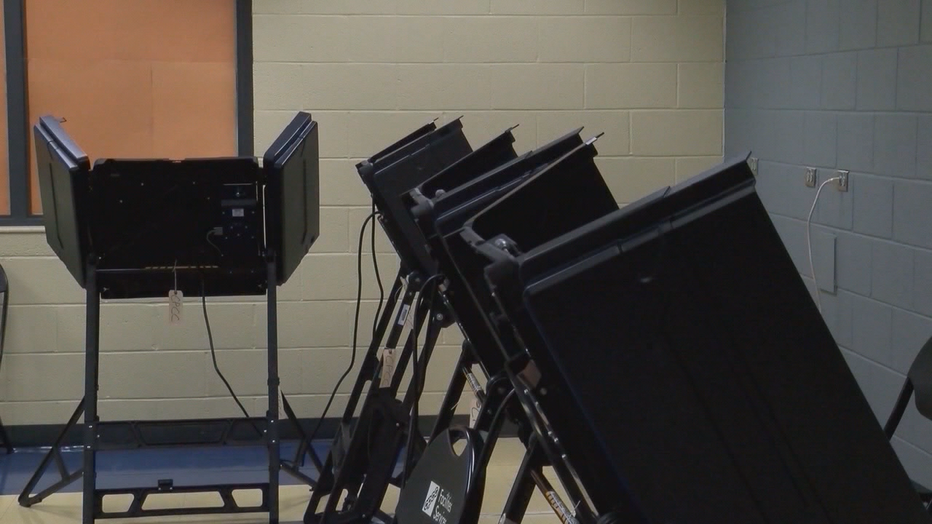 And Koch said there are even more problems.

The county's elections department just moved into a new facility last week, but it is nowhere near ready to house the county's new voting equipment and electronic poll books.

[REPORTER: “Why move during an election year?”] “It's not something we wanted to happen in this way at this point in time,” said Robert Heard, who is assistant elections administrator for Dallas County.

Heard said Administrator Toni Pippins-Poole was out of town Wednesday at a conference.

He showed FOX4 the new warehouse, which is still in need of shelving and power to keep the voting equipment charged.

“We've kind of known these things, it’s just to the extent that we’re going to have to make some adjustments, and be told that, this is how this is going to need to be,” Hear said. “Those are the things we’ve been told. I can’t say that they’ve been frustrating, but they’ve just been an eye opener for us, and Dallas County probably, because it just hasn't been done before.”

But Koch said Poole should have been able to foresee the shelving and charging needs when her department began the finish out for this building about a year ago.

“We built our building to be a warehouse, then we purchased millions of dollars of equipment with no place to store it, charge it, and prepare it for the upcoming election,” Koch added.

Since the building isn't ready, the county is renting another building to store the voting equipment.

Koch said the errors are costly for taxpayers.

“Cost more than $1 million will get us until May,” he added.

Early voting begins in less than six weeks, and if something goes wrong with the equipment, some of which has yet to arrive, there is no backup plan.

“If this doesn't work, we have no election,” Koch said.