Street stunters and racers caused chaos once again in Dallas last week. And there's growing concern the problem is spilling into residential streets.

With the new Dallas police chief starting this week, there is hope that help is on the way.

Street racing only seems to be intensifying and putting additional strain on city resources already spread thin. Some are hoping a fresh set of eyes will give a new perspective to tackling a persistent problem. 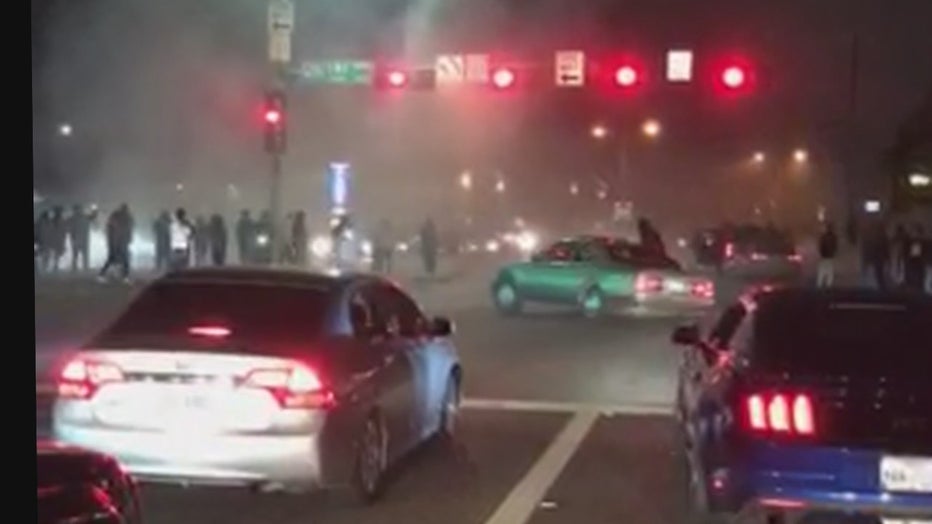 Street stunters took over the roads and were burning donuts without regard for their own safety, much less anyone else around them.

"I quickly realized what’s going on," JB said. "Back my car up for safety and I’m blocked in. And I sat there for about 15 minutes. Tried calling 911 several times to no avail."

"This is widespread. We are seeing it all over the city of Dallas," she said. "It’s getting to be a real threat to our residents and to the resources of DPD as well."

Gates says from just 9:30 p.m. Tuesday until about 1:30 a.m. Wednesday, there were 11 different incidents of street racers and stunters reported in her district alone.

That means every time there’s a takeover, calls flood 911 and added another potentially dangerous layer to an already complicated problem.

Gates says that night, Dallas police made five arrests, including four spectators and seven traffic stops. But the enforcement numbers pale in comparison to the amount of activity.

Over the weekend, there was a group of what appear to be street racers flying through a quiet Northwest Dallas neighborhood early Sunday morning. Someone in the group fired a gun seven times into the air.

Gates says the city council is pursuing ways to crack down at every level, pushing for new state laws and city ordinances that go after the car’s owner and not just the driver. They also want to revisit the city’s no-chase policy after the new chief starts this week.

"I think we will be open-minded to any type of changes to policies and procedures that he feels like we need to make to better address this type of activity," Gates said.

Gates says she encourages anyone with video of takeovers — especially nearby businesses — to alert police and help identify the cars, especially the repeat offenders.