Many business owners in Downtown Dallas and Uptown are on edge as more demonstrations are planned for Monday night and the possibility of more unrest.

DALLAS - Many business owners in Downtown Dallas and Uptown are on edge as more demonstrations are planned for Monday night and the possibility of more unrest.

Some of the business owners who suffered damage from weekend rioting were still trying to rebound from the coronavirus. They are now dealing with a new set of problems.

Business owners thought they were finally coming back from COVID-19. Now, they find themselves in limbo again. They are wanting to open, yet fear they should board up and stay closed in case there's more unrest.

“We could open, but who’s going to want to eat in a boarded-up restaurant,” said Tony Street with YO Ranch Steakhouse. 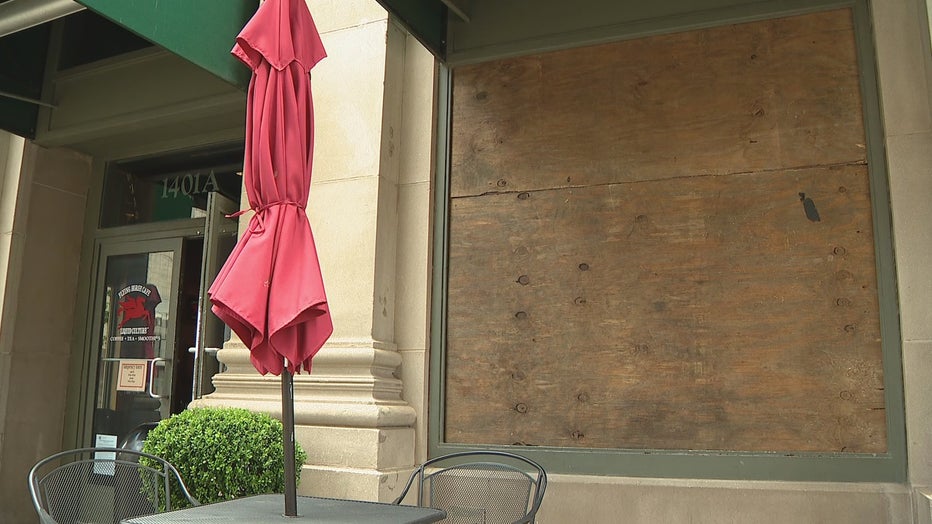 “I understand the protests, and I 100% fully support everything that has gone on with that,” said owner Matt Soness.

Swept up in a movement the owner says he supports, Soness says he is now frustrated by what he says is a separate element intent on doing harm. A single act of vandalism is his major setback as he claws back from the effects of COVID-19.

“We knew it was going to be a long haul,” he said. “But you add what happened this weekend, and it’s a gut punch every time we turn around.”

“We mobilized, and the grant will help businesses with window repair, with anything that will restore storefronts,” said Kourtny Garrett with the advocacy group.

About 30 grants are offered, ranging from $2,500 to $5,000. Garrett says the curfew and it brings some relief, but advocating for it was a hard call to make.

“Downtown is an economic hub for this city, and we want that,” Garrett said. “So to tell businesses to shut down and board up has been truly been a heartbreaking experience for us.”

“I’m still worried, which is one of the reasons we decided to go ahead and stay closed,” Street said

As business owners continue to make tough decisions, they hope those who are up to no good consider the people they really hurt.

“As a small business, I have employees who depend on me,” Sonesss said. “So you are not just hurting the business, you are hurting everyone that works in the business. These are people that are living paycheck to paycheck.”