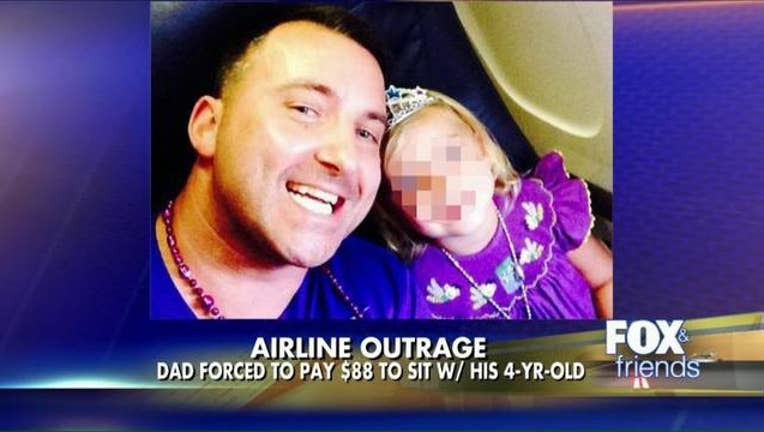 FoxNews.com - The father of a 4-year-old says Delta charged him an extra $88 to sit next to his daughter.

Frank Strong said in a recent blog post that he was traveling from Raleigh, N.C. to Montgomery, Ala. with his 4-year-old daughter when it happened. He said that Delta's website asked for his child's age when he booked the tickets, and yet the company assigned her a seat 11 rows away.

Strong said he spoke with a ticket agent at the airport, who told him he could pay $88 to switch seats or try asking a gate agent during boarding to switch his seat for free.

Faced with a dilemma of handing over ransom money to Delta in exchange for certainty, or taking a risk that an agent might fix the problem at the gate, I opted to pay.

No parent holds a higher responsibility – or more deeply visceral instinct – than keeping their child or children safe. That's hard to accomplish 11 rows away when the fasten seat belt sign is glowing.

The airlines are counting on it, indeed, I'd contend airlines, including Delta, prey on such emotions to separate a few more dollars from the consumer wallet.

When Strong boarded, he learned that there were plenty of empty seats on the flight, yet he had just paid $88 – in addition to $1,200 in airline tickets – to get two seats next to each other.