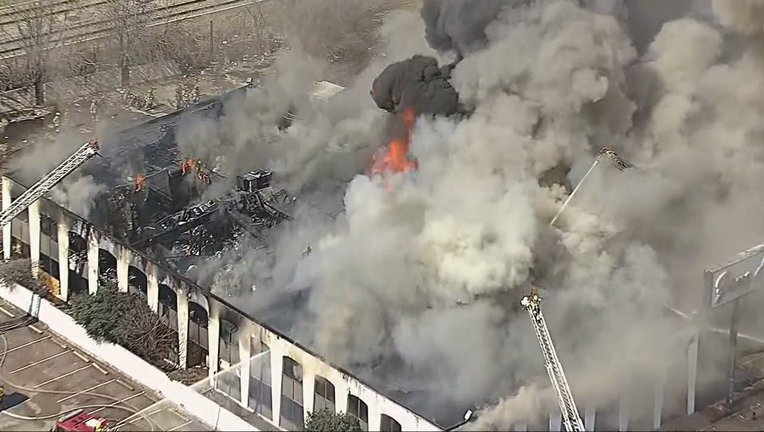 DALLAS - Dozens of firefighters battled a large and smokey fire at an abandoned office building in Northwest Dallas Thursday morning.

The fire was at a two-story building in the 11000 block of Anaheim Drive, which is just south of LBJ Freeway and east of I-35.

Fire crews said there was a major roof collapse, but firefighters were able to keep the flames from spreading to other buildings.

A large plume of smoke was drifting over LBJ Freeway, which may have caused some traffic backups there for a time.

No injuries were reported and the cause is not yet known.