Dallas County commissioners are taking criminal judges to court over what they say is a lack of work since the pandemic shut courts for a time two years ago.

DALLAS - Dallas County commissioners are taking criminal judges to court over what they say is a lack of work since the pandemic shut courts for a time two years ago.

Dallas County Commissioner John Wiley Price presented spreadsheets showing which felony and misdemeanor judges are working and which he says are underperforming. 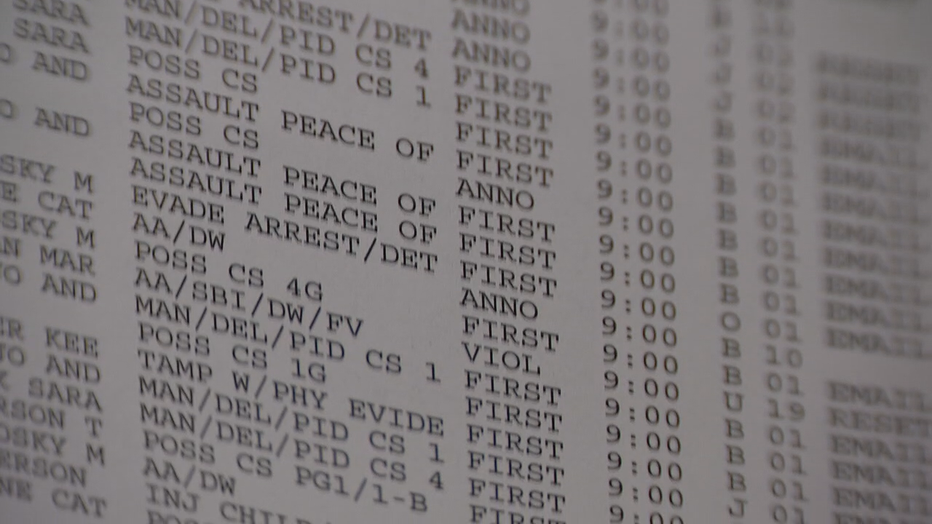 "You can't assume because the jury trial numbers are low that it means dispositions are down. That’s a misstatement of the numbers and the facts," said Stephanie Huff, presiding judge of the 291st Judicial District Court. "We dispose of most cases on any given year prior to COVID and after through plea bargain agreements, and we're still doing that."

The state requires counties have an average five-year case disposition of 90% by Aug. 1 each year. Failure to do so means the county could lose $50 million in criminal justice grants from the state.

"We're at the point now of a crisis, and the judges have to be the ones responsible for alleviating that crisis," said Dallas County Commissioner J.J. Koch.

Price says there are at least 1,700 people in jail indicted on misdemeanor and felony charges that are three to four years old.

"It would be different if Collin County and Tarrant County, we were all in the same boat. We're not," Price said.

"There are cases that could be called to trial this week, next week, the beginning of next month," Koch said. "Every instance that is not done, it’s jeopardizing that $50 million.

"There are a number of things that goes into what is considered a disposition for purposes of this 90% we need," Huff explained. "That can be dismissals. That can be plea bargain agreements. That can also be jury trials."

Judges need to somehow clear 566 cases a week between now and that Aug. 1 deadline.

"There are a number of ways that we can do it, and we are working to get it done," Huff said. "And I do believe whole heatedly we'll make it."

Staff projects the county won’t reach that 90% clearance rate mandated by the state until Aug. 12.

Judge Huff says she is not worried. She says judges are working and will meet the state deadline.