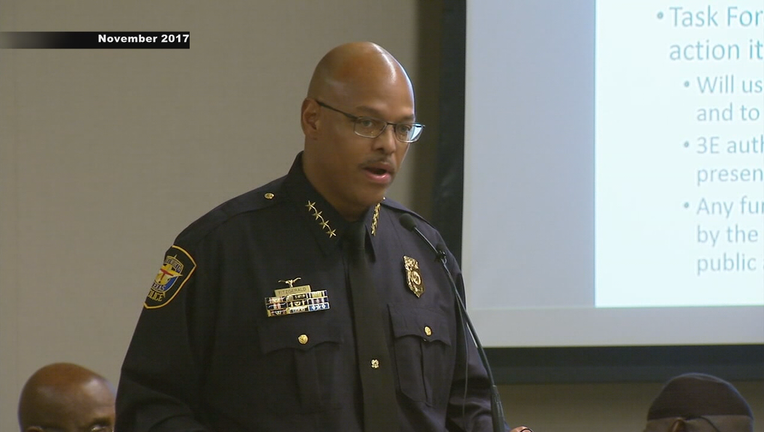 FORT WORTH, Texas - The city of Fort Worth lost a fight to keep a whistleblower lawsuit from going to trial.

Former Fort Worth Police Chief Joel Fitzgerald filed that lawsuit after he was fired in May 2019.

The Texas Supreme Court rejected a request from Fort Worth to reconsider an earlier ruling that requires the civil case to go before a jury.

The city said it fired Fitzgerald after losing confidence in his ability to lead the police department.

He maintains it was in retaliation for trying to expose city hall corruption.

He’s asking to be restored his former position, as well as seeking damages from the city.

City of Fort Worth fires Joel Fitzgerald as police chief

Fired Fort Worth police chief suing the city for $1 million