There was emotional testimony on Capitol Hill Thursday as lawmakers try to find solutions in the wake of the Uvalde school shooting.

WASHINGTON - There was emotional testimony on Capitol Hill Thursday as lawmakers try to find solutions in the wake of the Uvalde school shooting.

It comes days after a new report identified additional weaknesses in the law enforcement response.

This was a hearing geared at finding bipartisan solutions, but those who lost someone witnessed more partisan disagreement.

The subcommittee met with the goal of finding bipartisan solutions in the wake of the May shooting, in which 19 students and two teachers were killed.

"Are we not tired of hearing stories of victims, of hearing them from victim’s families?" Faith Mata asked lawmakers while testifying.

Her sister, Tess Mata, was among the victims.

"Tess will never get to experience the life we had prayed she would live, she will never graduate high school, never fall in love herself, never be present at my wedding, and we will never know how scared she was in her last moments in that classroom," she added. 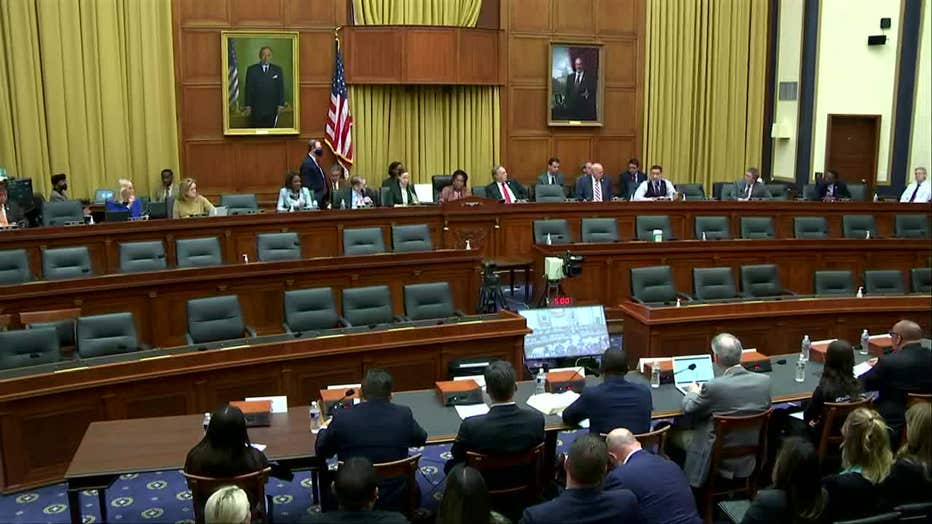 Doctor Roy Guerrero also testified. He’s a Uvalde pediatrician who knew and saw some of the victims after the shooting.

"I love an effective tool, but when a body comes into a hospital riddled with bullets, there’s no tool that’s going to help. And I’m left to wonder, what is it going to take guns out of the equations," he said.

But Republicans on the committee, and their witnesses, bristled when discussion pivoted toward gun control.

"My colleagues across the aisle would like to ignore the connection between adolescent males growing up without their fathers and these violent events," said U.S. Rep. Andy Biggs/(R) Arizona.

The search for solutions resulting in repeated, years-old arguments is not sitting well with the victims’ loved ones.

"Americans are dying every day. Children in America are dying every day. And you’re arguing over the fact of, well, if we take away this gun, we’re taking away our Second Amendment laws," Mata said. "That’s not the issue. The issue is your people are dying. You are the leaders. And you aren’t doing anything about it."

The hearing comes days after an independent report was released into the Uvalde Sheriff’s Office policies.

It found only 20% of deputies had undergone active shooter training at the time of the shooting.

The sheriff, Ruben Nolasco, was among those who had not.