There have been renewed calls for safety following the school shooting at Robb Elementary School in Uvalde.

RICHARDSON, Texas - Many districts across the state of Texas canceled classes on Tuesday because of the influx of visitors on campus to vote.

The Uvalde shooting at the end of the last school year has brought renewed attention to the need to keep school entrances tightly secured.

As more and more districts decide to close school on election day parents and voters in Plano has mixed opinions about the trend.

"I feel safe, brought my daughter to school. I'm sure they will be fine," said Alisha Briggs.

"Just close it today, they keep kids out for all sorts of reasons. This would be a much more important reason," said voter Jeffrey Blackburn.

The largest school districts in North Texas were almost evenly split on their decision to close or remain open on election Tuesday. 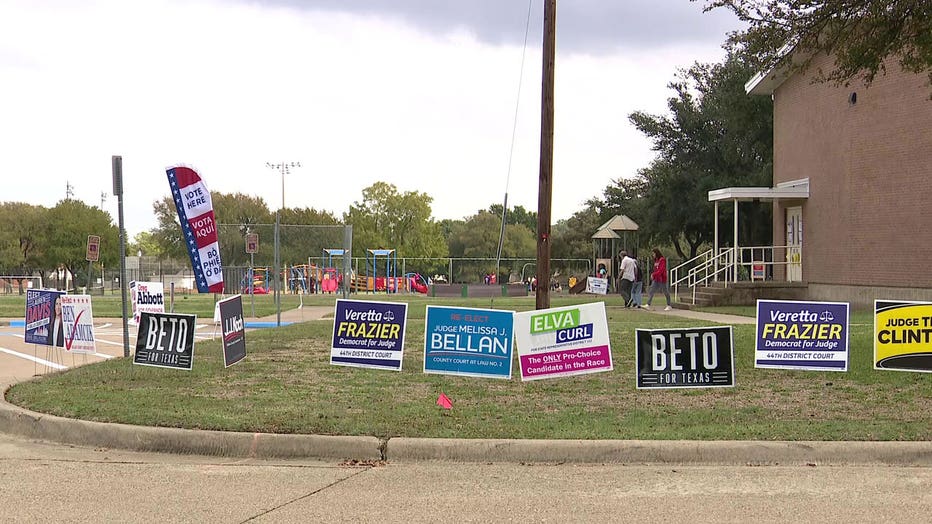 Those districts told us in statements that voting is taking place in areas with separate entrances away from students, and that they stationed police officers on campus.

Fort Worth ISD was among the districts that chose to close on election day for the first time.

2022 Election: Live updates on what is happening at the polls

"Everyone can agree the bottom line is to keep our students safe," said FWISD spokeswoman Claudia Garibay.

Richardson ISD says the district's calendar committee first made the recommendation to close on election day back in 2017.

"We know this is a day when our campuses are potentially vulnerable, if we have an opportunity to do something differently, we should at least consider it," said Richardson ISD superintendent Tabitha Branum.

Branum says 90% of Richardson ISD schools are used as polling locations, and it is not possible to have separate entrances for voters at all of the locations.

It is why Branum says the district is concerned about future elections when it can't close.

"There are other dates like run-off dates not something we can pre-plan and have all 5-7 days for staff development," she said.

Branum says the district has made it a legislative priority for the state to consider alternatives like civic centers and libraries.

"Things have changed. We are in a process where 75% of schools across the state are randomly audited to make sure doors are all locked and can prevent an intruder. Yet on election day, we have them pretty accessible," she said.

A Dallas ISD spokeswoman told FOX 4 in a statement that its school board made the decision to close in August, in part for "civic responsibility" to allow educators time to vote.