Collin County is getting almost as many doses of vaccine next week as it received in about the first two months of the rollout.

Collin County receives the big batch of vaccines next week to be administered across six different sites.

Collectively, all providers in Collin County have received around 44,000 doses over the first seven weeks of the rollout.

"I appreciate the state recognizing what we’ve been saying now for a number of weeks," said Collin County Judge Chris Hill. "Our local Collin County allocation is inequitable compared to other counties around us based on our population." 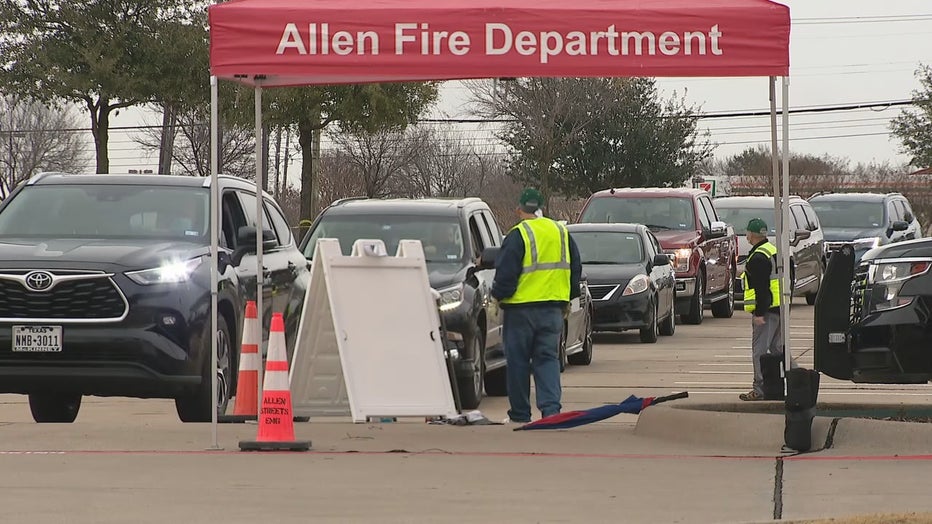 According to data from the Texas Department of State Health Services, one in 17 Collin County residents over 16 years old has been vaccinated. In Tarrant and Dallas counties, that number is one in 16. And in Denton County, one in 27.

"We currently have about 200,000 people on the Collin County wait-list," Hill said. "With 42,000-43,000 doses coming into the county across all of our providers, we’ll make some significant progress on that list."

In addition to the four existing hubs in Allen, McKinney, Frisco and Plano, the county will open two more in the coming days at the Sam Johnson Recreation Center in Plano, operated by Texas Health Resources, and a stil-to-be-determined location in Frisco, which will be run by the city and Frisco Fire Department.

"That’s fantastic. We’ve got opportunities to serve all of our citizens across the county. On both the east and the west side," Hill said.

And while Judge Hill is pleased, he doesn't expect the county’s vaccine allocation to be as high in the coming weeks.

"We have been advised. We’re probably going to be back down to the range that we’ve been at for several weeks," he said. "And then hopefully in February, they'll actually make a more permanent increase in our allocation."