Willis denies the allegations and calls them politically motivated.

Willis is running for reelection unopposed. 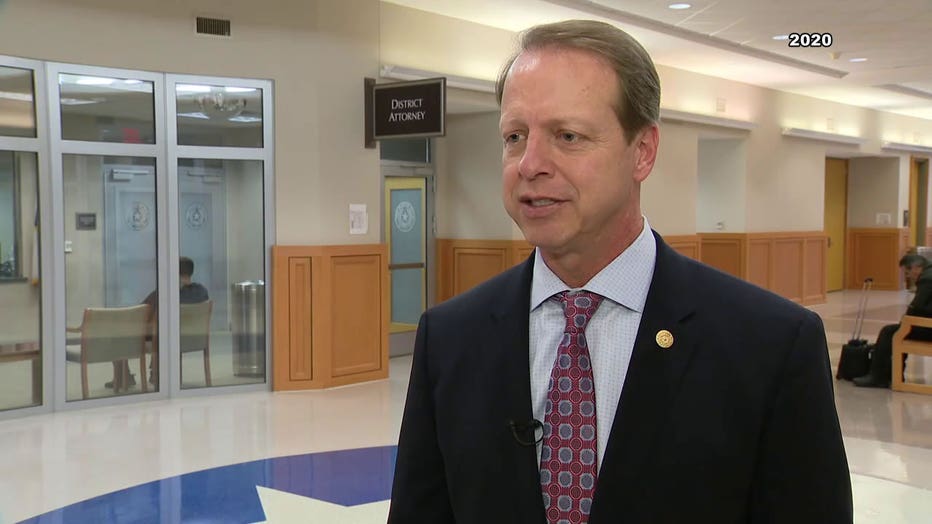 Among the plaintiffs in the lawsuit is chief investigator Kim Pickrell.

She alleges DA Willis made sexual advances toward her in multiple settings.

That includes allegations of moaning, staring, full-frontal body hugs and comments about her body,

The court documents say Willis allegedly told Pickrell he "couldn't help himself from getting excited because she looked to good."

In a statement Willis told FOX 4:

"The citizens of Collin County deserve better than these dishonest and politically motivated attacks that waste time and money. I categorically and unequivocally deny these false allegations. They did not happen."

Another plaintiff, who called herself Jane Doe 1, claiming Willis invited her to his hotel room during a work trip.

She claims Willis told her, "I'm not sure where it could lead, but we could explore."

The plaintiffs claim they made complaints to human resources, but nothing was done.

They also allege assistant district attorney Wirskye retaliated against them by changing work assignments and complaining about their performance.

In a statement Wirskye told FOX 4:

"This is obviously a politically motivated and politically timed lawsuit based on lies and recycled untruths by some very disgruntled and very troubled individuals. It is a shame for all the good people who work in the Collin County District Attorney’s Office and our County Officials to have to suffer through these untruthful personal attacks. I can’t wait to get into court and clear my name."

They're accused of knowing about the complaints and covering it up.

Nobody from the Commissioner's Court responded to our requests for comment.