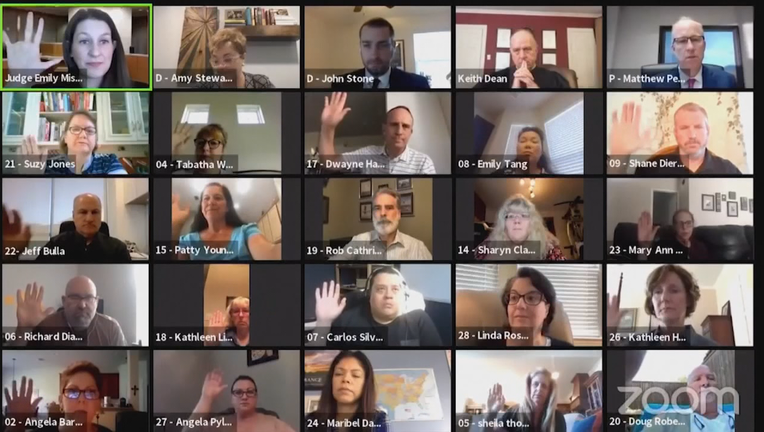 McKINNEY, Texas - A court in Collin County tried an experiment this week by holding a jury trial by Zoom video conference.

Court proceedings by video conference are not unusual, but this was.

The rest was in a private Zoom video conference where 26 potential jurors were sworn in.

It was an insurance case known as a summary trial, which means the verdict is non-binding.

The judge thinks it could be a way to clear a backlog of civil cases.

"Since the pandemic struck, we have not been able to hold jury trials because calling a bunch of people to the courthouse has been seen as risky and we want the public to feel safe coming to their courthouse and we want them to be safe coming to their courthouse,” Judge Emily Miskel said. “But we need a way to restart jury trials because it's just not a long-term solution to not hold them for several months on end. People have important rights that need to be protected and we need to figure out how can resume jury trials."

The jury was able to deliberate in virtual rooms and review evidence placed in Dropbox folders.

Aside from a few technical issues, there were no major problems.