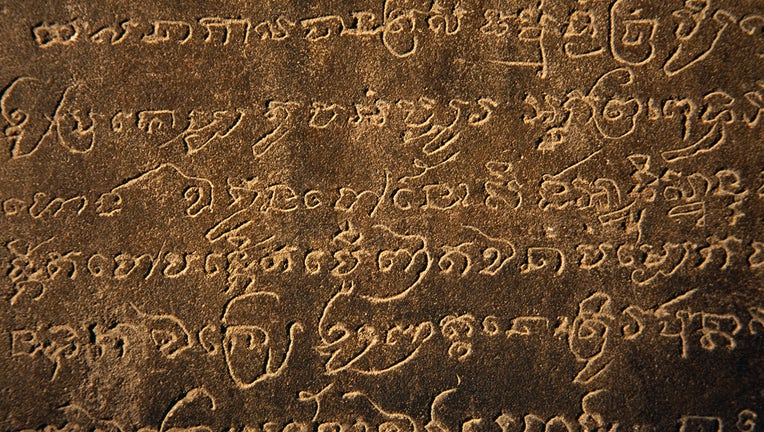 CAMBRIDGE, England - A grammatical problem, which has defeated Sanskrit scholars since the 5th Century BC, has finally been solved by a Ph.D. student at the University of Cambridge.

While researching for his Ph.D. thesis, Rishi Rajpopat decoded a 2,500-year-old rule, which makes it possible, for the first time, to accurately use "the father of linguistics" Pāṇini’s "language machine," according to a press release by the university.

Raipopat shared to FOX Television Stations that the first nine months of working on his Ph.D. was difficult, and he wasn't able to make much progress.

"However, I ended up taking a month-long break which changed everything," he shared. "Upon going back to work thereafter, within minutes, I knew I had found the most important component of the solution."

Pāṇini’s system – which is thought to have been written around 500 BC – is meant to work like a machine. By feeding in the base and suffix of a word, this turns them into grammatically correct words and sentences through a step-by-step process.

But until now, often, two or more of Pāṇini’s rules were simultaneously applicable at the same step, leaving scholars to question which one to choose.

Archaeologists discover tunnel that may lead to lost tomb of Cleopatra

Archaeologists have discovered a tunnel at the Temple of Taposiris Magna near Alexandria, Egypt, that they think may lead to the lost tomb of Queen Cleopatra. (Credit: Egyptian Ministry of Tourism and Antiquities via Storyful)

Now, Rajpopat has solved the "rule conflicts," which affect millions of Sanskrit words including certain forms of "mantra" and "guru."

"At that moment, I thought to myself, in utter astonishment: For over two millennia, the key to Pāṇini’s grammar was right before everyone's eyes but hidden from everyone's minds!," Rajpopat said. "There was a lot more work to do but I’d found the biggest part of the puzzle. Over the next few weeks, I was so excited, I couldn’t sleep and would spend hours in the library including in the middle of the night to check what I’d found and solve related problems. That work took another two and half years."

"I am relieved and delighted. I am hoping to continue working on Pāṇini's grammar and also to conduct research in other areas of Indology and linguistics. Research can be exhausting, but it can also be rewarding," Rajpopat continued.

RELATED: Newly-discovered tunnel may lead to lost tomb of Cleopatra

Leading Sanskrit experts have described Rajpopat’s discovery as "revolutionary," and it could now mean that Pāṇini’s grammar can be taught to computers for the first time.

"The discovery makes it possible to 'derive' any Sanskrit word – to construct millions of grammatically correct words including ‘mantra’ and ‘guru’ – using Pāṇini’s revered ‘language machine’ which is widely considered to be one of the greatest intellectual achievements in history," the press release stated.

Rajpopat concluded, "I can confirm, from my own experiences, that dogged determination and faith are a brilliant combination, and together, they can do wonders for all human beings. I am not special; if I can achieve my goals, everyone else also most certainly can."