ROTC programs are high school staples, but what about similar military-style programs for our youngest students?

DALLAS - ROTC programs are high school staples, but what about similar military-style programs for our youngest students?

There’s one program leading the way at a Dallas ISD elementary school.

At Dunbar Learning Center, which serves at-risk students near Fair Park in South Dallas, students are finding a certain rhythm to learning discipline, respect for authority, and valuable skills that could one day lead to a good paying career.

When coach Teno Myles started at Dunbar, he saw room for improvement.

"I see a lot of myself in those kids," he said. "When I initially got here, there were referrals, there were fights, kids were being suspended almost weekly."

So the South Oak Cliff High and TCU graduate, who also served in the Army, called on his military training. 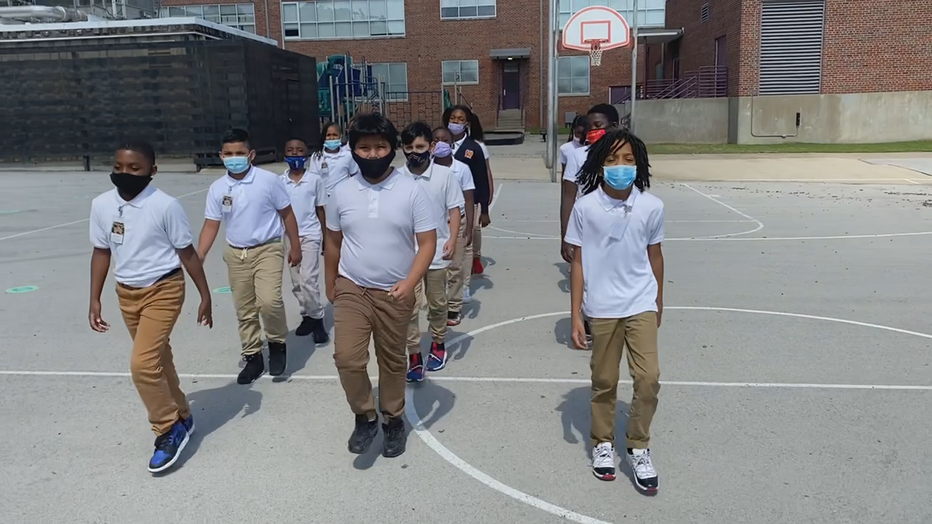 He started the SLAC program for Dunbar’s kindergarten through 5th graders, drilling down on Service, Leadership, Academics, and Courage.

In the 3rd grade, participants also pick a profession, like doctors or lawyers, to study.

"I realized a lot of our students weren’t being exposed to occupations that could provide them with the lifestyle and the things that they desire," Myles added.

"I thought this was a chance for me to get my act together," 5th grader Ty’reek Ellis said.

And just like the military, students earn a rank and badge.

"I’m setting an example for the little kids so they can treat other people how they want to be treated," 5th grader Sariya Johnson said.

Myles said he has not only noticed genuine enthusiasm and interest from students, but he is also seeing results.

"I asked a teacher about a week ago, how many referrals has she had, and she actually replied, ‘Teno, I’ve actually had no referrals this year,’" he said.

The ultimate goal to expand SLAC to other schools

Until then, Myles is enjoying its success, one step at a time.

"Kids that were getting suspended now becoming sergeants and actually have a direction about what they want to be when they grow up, it’s priceless," he explained.