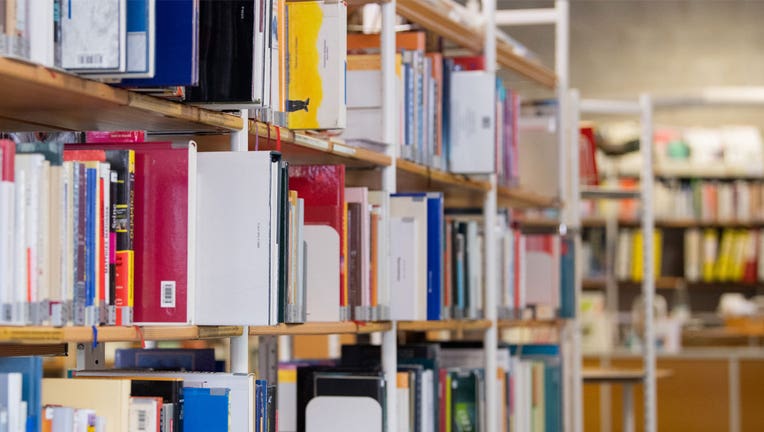 Library books on a shelf are shown in a file image. (Photo by Tom Weller/picture alliance via Getty Images)

GRANBURY, Texas - The American Civil Liberties Union is among those demanding that a North Texas school district apologize for removing books from its libraries.

In January, Granbury ISD pulled five books that it said had sexually explicit content. More than 100 other books were put under review.

Most of those books have since been returned to library shelves. Only a handful were permanently removed because of "written or visual material that depicts explicit sexual acts or overtly sexual content."

"A majority of the committee agreed that over one hundred books on the review list did not include material that matched this definition. These books have already been returned to school libraries," Granbury ISD said in an update.

Still, the ACLU said the books dealt with racism and sexual preference. It believes the school district is restricting free speech and thought.

"Granbury ISD’s book removals, including targeting books about LGBTQ+ and racial inclusivity and the history of racism, are plainly a violation of the First Amendment. Even though some books have been returned to the shelves, the removals for more than a month have sent a message to Black, brown, and LGBTQ+ students that their identities and experiences are not valued by Granbury ISD. Granbury ISD must not only return all books to the shelves but also take steps to ensure that Black, brown, and LGBTQ+ students have a sense of belonging in the district and that all students know that the district is committed to teaching the history of racism," said Kate Huddleston, an attorney with the ACLU of Texas.

"School is a place where children of all backgrounds come together to learn from the past, understand the present, and prepare to solve the challenges of the future. Censoring books and silencing conversations hurts every Texas student as they seek to learn and develop empathy while sending the harmful message to Black, brown, and LGBTQ+ students that their stories do not belong in the classroom. We urge Granbury ISD and all Texas school districts facing these politicized attacks to stand with students, return the removed books to the shelves, and commit to creating an environment where all students are free to learn," added Maggie Stern with the Children’s Defense Fund-Texas.

Gov. Greg Abbott and other Republicans have pressured Texas schools to remove books that they say are inappropriate for children.