FOX 4 first reported in May when the city of Ferris made its announcement. Now that the healthcare service has started, we wanted to see how it's working. Residents were surprised to find out where the funding was coming from.

FERRIS, Texas - A small North Texas town is getting international attention for offering free health care to all residents.

FOX 4 first reported in May when the city of Ferris made its announcement. Now that the healthcare service has started, we wanted to see how it's working.

"There is a need. We've got 40% of our folks are under or uninsured," said Ferris City Manager Brooks Williams. "That means you've got some folks that really need health care."

Now, in the Ellis County town of Ferris, there is access for all to healthcare, and it’s free.

Kacee Benitez and her husband moved to a new job in the region in August but settled in Ferris because of the healthcare benefit.

City of Ferris will offer free healthcare to all its residents

"I've lived in Utah and Virginia and never really heard of anything like this so we're excited," she said. "We were told by our realtor that Ferris was doing free medical for residences. That was definitely a plus when we were deciding what house we wanted to go to." 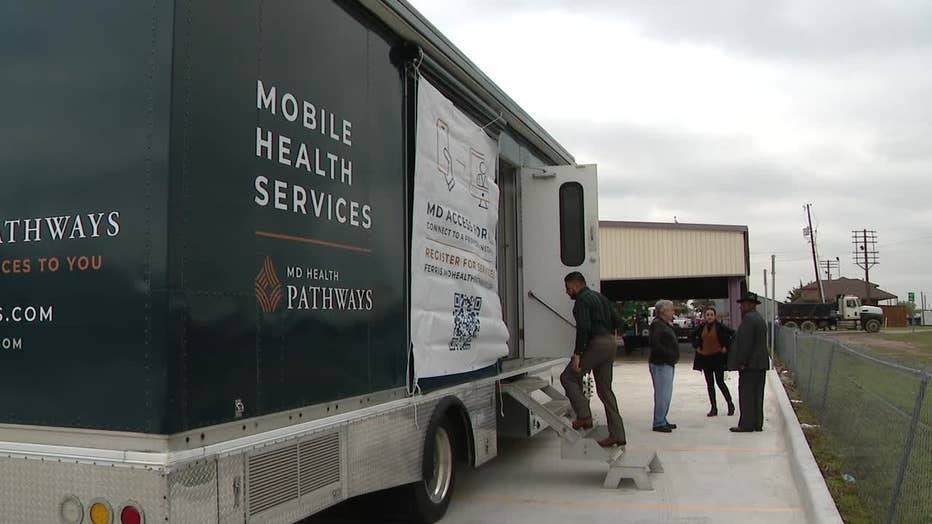 FOX 4 first reported in May about Ferris partnering with MD Health Pathways to provide free health care to city residents.

"Across the state, across all states. We even got some international interest as well," he said. "I had the opportunity to speak to about 400 municipal executives from across the country and present this program to them and all were very impressed with it. And there’s a lot of interest now amongst other cities in what we're doing."

Williams says there has been interest from businesses big and small.

Charles Hatfiled came in last week and is glad to have access to the program.

"Originally when it first came out, everybody thought it was socialized medicine," he said. "But later, we found out it was funding from some surplus COVID funds the city got."

Ferris is using American Rescue Funds to pay MD Health Pathways to provide this basic health service at $55 a year for each of its roughly 3,500 citizens.

"You can make an appointment to come here where the actual mobile unit is, and we can get you registered that way," explained Ryan Owusu-Ansah with MD Health Pathways.

Residents have to register and show they live in Ferris.

"What we don't want to see is mental health, physical health go to a back burner because of a fear of being able to get access to it," Williams said. "So we've removed that barrier so our folks can get healthier, and we can see an improvement in our community."

The program won't last forever since more funds may not be coming.

Williams knows that and says they are getting creative with how to keep the dollars in place to continue what he says is making for a healthier Ferris in more ways than one.