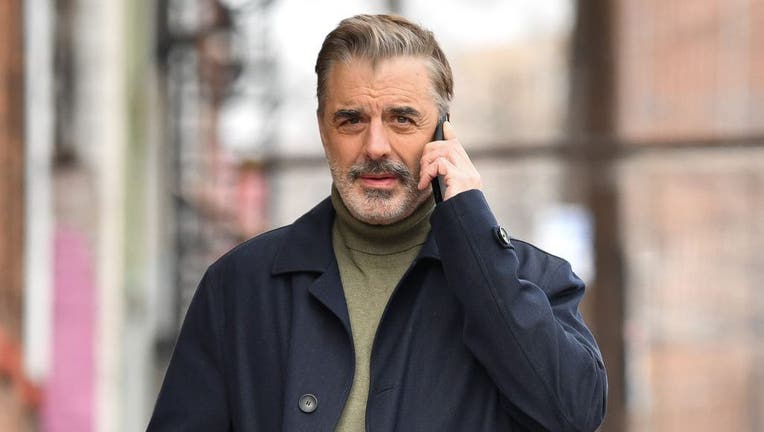 Chris Noth seen on the set of 'Equalizer' on Feb. 5, 2021 in Patterson, New Jersey. (Photo by James Devaney/GC Images)

"Sex and the City" alumnus Chris Noth is denying sexual assault allegations made by two women who spoke to The Hollywood Reporter.

His accusers, speaking under the pseudonyms Zoe and Lily, accused the actor of assaulting them when they were in their 20s. Noth, 67, released a statement to FOX News claiming the encounters were consensual.

"The accusations against me made by individuals I met years, even decades, ago are categorically false," Noth told FOX News. "These stories could’ve been from 30 years ago or 30 days ago — no always means no — that is a line I did not cross. The encounters were consensual. It’s difficult not to question the timing of these stories coming out. I don’t know for certain why they are surfacing now, but I do know this: I did not assault these women."

Zoe, now 40, told The Hollywood Reporter she met Noth in 2004 when she was just 22. Her former employer corroborated her claims that North left Zoe voicemails and was seen talking to her at her desk.

Zoe claims Noth invited her to the pool of his West Hollywood apartment. She attended with a friend but stepped away to take a phone call.

Zoe said Noth asked her opinion of a book. When she went to return his book, Zoe alleges Noth kissed her, pulled her closer and removed her underwear.

Her friend later took her to a hospital where she received stitches, Zoe said.

Lily said Noth was "hitting" on her and asked her out to a restaurant named Cantinori. When she arrived, the kitchen had already closed, but they were still serving drinks, Lili claimed.

She said she accepted Noth’s invitation to his apartment, thinking they would drink whiskey and talk about his acting career. But Lily said that’s not what happened when they arrived.

"He kept trying and trying and trying, and I should have said no more firmly and left. And then the next thing I knew, he pulled down his pants and he was standing in front of me," she claimed, adding that he "thrust" her into performing oral sex on him.

Lily’s friend, Alex, told The Hollywood Reporter she received a phone call from Lily after the alleged incident in which Lily accused Noth of sexual assault.

Zoe and Lily, who don’t know each other, approached The Hollywood Reporter with their accusations in recent months. They said headlines about Noth's appearance in the new "Sex and the City" revival series led them to want to come forward with the allegations.

Noth’ recently had a role on "And Just Like That…" His character dies in the opening episode after suffering a heart attack following an intense workout on a Peloton bike. The bikemaker poked fun at the attention the episode generated with an ad featuring Noth, but the spot was pulled on Thursday after the Reporter’s story posted.