A group of children who were staying at a Ukrainian shelter created by a Texas nonprofit have been safely evacuated after spending days hiding in the basement.

A group of children who were staying at a Ukrainian shelter created by a Texas nonprofit have been safely evacuated after spending days hiding in the basement.

The shelter, Jeremiah's Hope, provided the kids and staff with a ministry van, which took them out of danger, in hopes of bringing them to the U.S.

It’s been a harrowing journey out of Ukraine. Andrew Kelly, of Abilene, has been monitoring from here in Texas.

For the first three weeks of the war, orphans at a rescue shelter just outside of Kyiv were trapped in a basement waiting for a chance to escape.

They tried several times, but every time, it was deemed too dangerous, as Russians had the village surrounded.

"This elderly couple that attempted to leave popped out onto the paved road. The Russian soldiers greeted them and shot and killed them in their car and left them," Kelly said.

Finally, this week, the children were able to make the 15-hour trip to safety.

Kelly founded the shelter Jeremiah’s Hope back in 2004. It’s been a challenge for Kelly to coordinate this terrifying journey to safety for these children, who are orphans.

Kelly came in contact with a bread delivery truck that was traveling in and out of the village where the children were sheltering.

"He had gotten in and out successfully several times, driving through the forest, not on the roads, and he led a convoy out," Kelly said.

On Sunday, as the sun came up, the 10 kids and three staff members piled into vans and followed the delivery truck down back roads.

On the side of the van, "children" was written in Russian with red tape, in hopes the Russians wouldn't open fire. 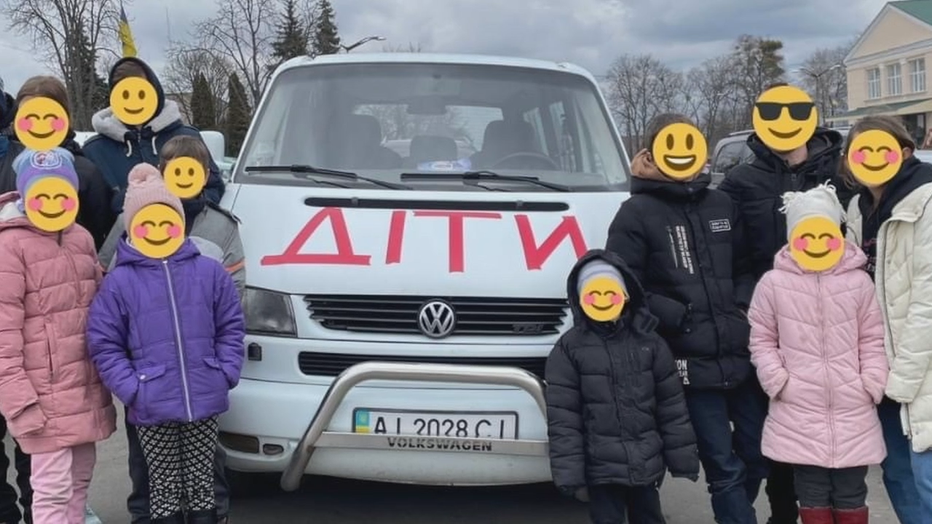 They are closer to getting to the U.S., but are now waiting in western Ukraine.

"They are working on documents, and as soon as we can get those documents finalized, they will cross into Europe and be much, much safer," Kelly said.

Kelly is relieved his team left when they did.

About 48 hours after they escaped, Russian troops destroyed their camp and rescue shelter.

"They stole mattresses from our camp, shattered as many windows as they could, kicked in doors, and made a huge mess," Kelly said.

Thankfully, it was empty.

Once the children cross the border, Kelly already has a church in another European country that is providing shelter for the time being.

"We are looking forward to seeing what God does with them over the next several months or so, as they wait this out," Kelly said.

When that happens, Jeremiah’s Hope has plans to donate the cars they traveled in to help other Ukrainians evacuate.

MORE: How to Help Those in Ukraine