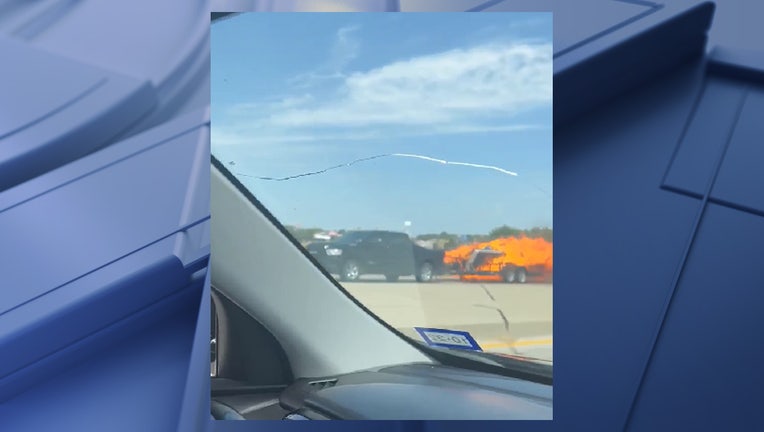 KAUFMAN, Texas - Authorities are searching for the person who drove a burning trailer that started three separate fires just east of Kaufman on Sunday.

The three fires are about 20% contained, and fire crews remain on scene.

Nine homes were evacuated as a precaution, but that evacuation order has been lifted. No injuries have been reported.

Anyone with information about this case is asked to call the Kaufman County Fire Marshal’s Office at 469-376-4110.