The Burleson Youth Association, or BYA, spent Saturday playing football and raising money for the family of fallen Dallas police officer, Corporal Lorne Ahrens.  Ahrens, a Burleson resident, was among the officers killed the night of July 7th in the downtown Dallas ambush.

"We take it to heart." said Jody Bridges. "He's one of our own. We take it very personally,"

Lorne Ahrens' 8-year-old son Magnus played the previous three seasons of BYA Football. His 10-year-old daughter plays volleyball. And both always knew their Dad would be cheering them on.

Donated merchandise was raffled off. "Back the Blue" t-shirts were being sold with Sr. Cpl. Ahrens badge number, and a number of local businesses have made cash donations.

"He made a presence here for both of his kids," said Suzanned Worley. "Left a big impact on all of us."
BYA is hoping to raise at least $5,000 for Lorne Ahrens family. 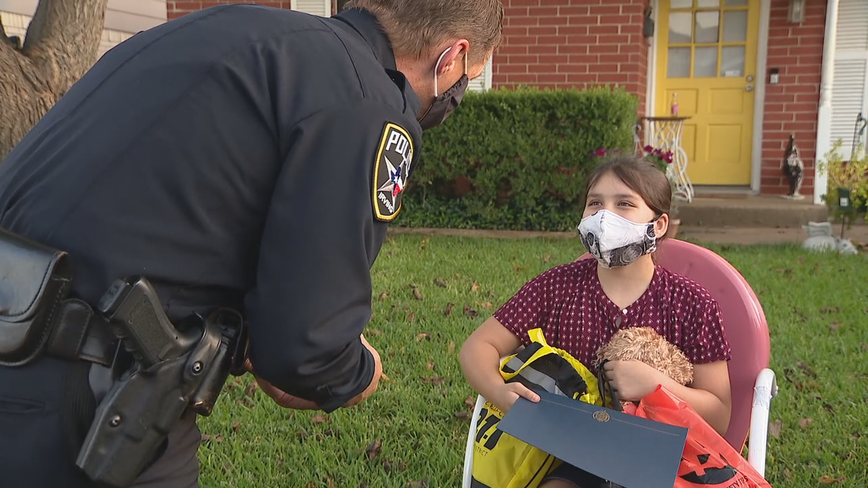