DALLAS - Police say DNA evidence led to the capital murder charge against a Dallas man accused of kidnapping and killing a 4-year-old boy.

Brown had been held on a kidnapping charge until a capital murder charge was filed this week.

According to the murder affidavit, DNA tests and surveillance video show Brown kidnapped Gernon, carried the child to a nearby walking trail and stabbed him to death in the chest.

The affidavit says Brown brought the child’s body back out onto a public street and left him there.

The court document says a neighbor out for a walk spotted the child's lifeless body in a pool of blood just before 7 a.m. on May 15 and called 911.

Later that same morning just eight blocks from where Cash was found, the woman Cash was living with, Monica Sherrod, reported him as missing. 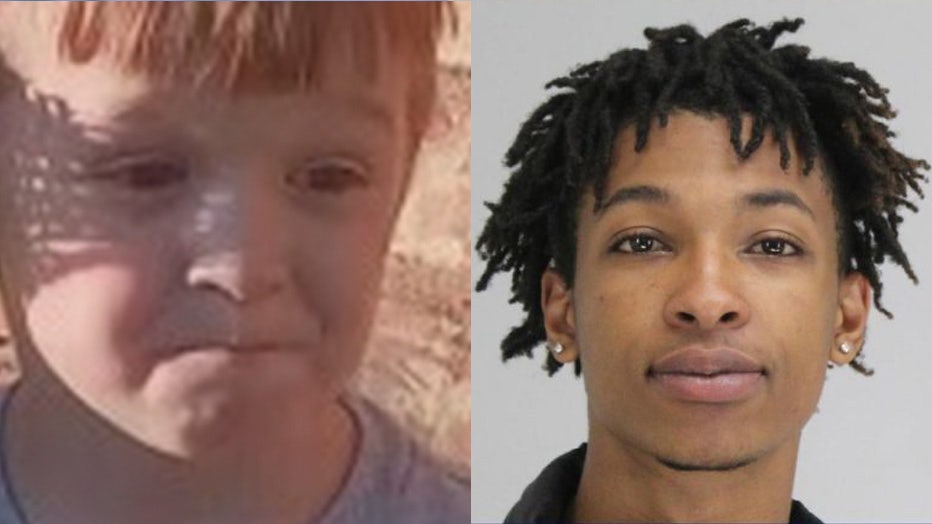 The affidavit says Sherrod identified Brown, who she knows by face and name, in the surveillance video. Sherrod told police the 4-year-old and his twin lived with her after the boys’ father left them in her care.

Police searched Brown’s home that same day. It's in the same neighborhood as Sherrod's.

FOX 4 spoke to Brown’s attorney on June 1. Heath Harris claims his client is not guilty and is actually schizophrenic. He says brown had just been released from a mental health facility right before his arrest and will undergo a mental evaluation.

Brown’s mental health was not mentioned in any court documents that were released. His arrest affidavit states brown did not make any statements during his police interview before he was booked into jail.