The jury has found accused serial killer Billy Chemirmir guilty in the murder of 81-year-old Lu Harris in 2018. Chemirmir has been sentenced to life in prison without the possibility of parole.

DALLAS - The jury has found alleged serial killer Billy Chemirmir guilty in the murder of 81-year-old Lu Harris in 2018. Chemirmir has been sentenced to life in prison without the possibility of parole.

The verdict was reached after less than an hour of deliberations from the jury.

Crying from loved ones of some of his alleged victims was audible in the audience. The families are relieved, but said this is just the beginning.

"You see before you the families of the numerous victims of Billy Chemirmir. Today he went from being an alleged felon to a convicted killer. This one conviction represents justice for all the families," said Shannon Gleason Dion, who is the daughter of another one of Chemirmir's alleged victim's, Dorris Gleason.

"Justice was done. It’s not going to bring these mothers back, but this is step one," said former Dallas Cowboy Cliff Harris, whose mother-in-law is one of Chemirmir's alleged victims.

While Chemirmir is accused of killing 18 women, these families know there likely won't be a trial for each of their loved ones. So for many, this verdict and this case is closure.

"These mothers and grandmothers and sisters and aunts and friends that we lost, they were independent. They had value and Chemirmir took that, and we just want to make sure this doesn’t happen again," said Lori Delahunty, daughter of Diane Delaunty.

Chemirmir showed no emotion as the guilty verdict was read. He will spend the night in the Dallas County jail, now as a convicted murderer.

The guilty verdict came after the state and the defense rested their case Thursday afternoon against the man accused of killing at least 18 senior citizens in Dallas and Collin counties between 2016 and 2018.

Chemirmir was on trial for the second time for the capital murder of Harris. His first trial in November ended with a hung jury because of one holdout jury member.

Harris was found dead in her Dallas home and prosecutors allege Chemirmir followed her home from a nearby Walmart and smothered her with a pillow.

He was arrested hours later by Plano police who were investigated him for a separate attack. At the time, they found the keys to Harris' home in his possession and her jewelry box was discarded in a nearby dumpster.

Throughout this second trial, prosecutors tried to convince jurors that Chemirmir stalked his victims. All were elderly and all but one were women.

The trial was only for the murder of Harris, but the prosecution also introduced the jury to Mary Brooks, who was killed in 2018, and Mary Bartell, who survived her attack.

On Wednesday, they showed video clips of Chemirmir at a Walmart store in 2018 appearing to follow several women who were later killed.

They've also attempted to link him to the victims’ missing jewelry. Cellphone records show he tried to sell several rings that belonged to the victims on Offer Up. 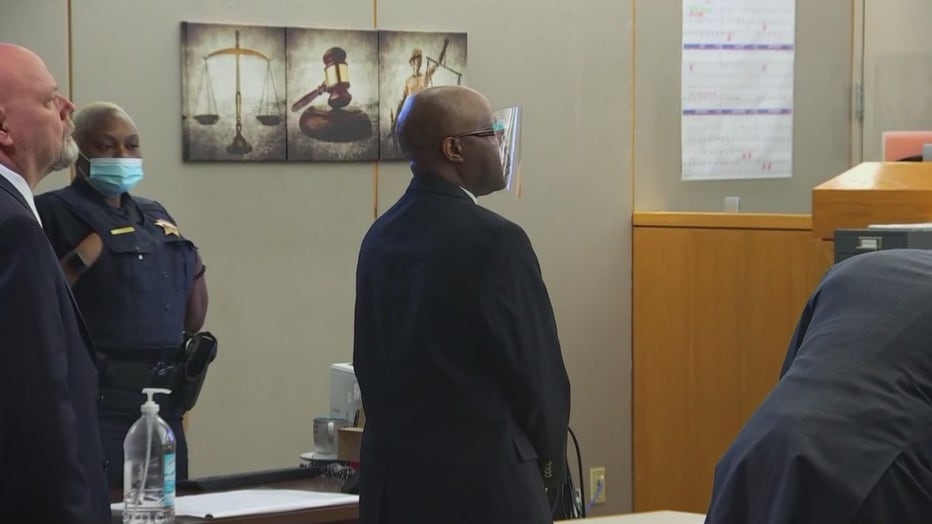 The defense rested its case without calling any witnesses.

"Not a single Ring doorbell, not a single nosy neighbor at an apartment complex at a retirement community in a close-knit neighborhood, not a single person or shred, sliver, anything places Mr. Chemirmir or anyone matching his physical description on the day in question," defense attorney Kobby Warren said.

They argued there was no evidence that placed Chemirmir inside Harris' home and no evidence to prove he killed her or any of the other victims he's linked to.

"We stand by the fact that we still don’t believe that they had sufficient evidence to meet their burden on every element, but we accept it," Warren said after the verdict.

This was the fourth day of the retrial and victims relatives were in court all week.

Closing arguments ended Thursday afternoon, and then the case went to the jury just after 3:30 p.m. The jury reached a verdict just after 4:15 p.m.

Dallas County said they would not seek the death penalty for Chemirmir. Collin County will still have that option.

The next murder trial will go before the same judge.

The prosecution did not speak to the media after the verdict.