A Dallas mother is again pleading for help finding the person who killed her 14-year-old son. Family members honored the young victim's life a week after he was murdered.

On Sunday, family and friends held a celebration of Manuel Sterling Edwards’ life by releasing balloons.

The 14-year-old was shot and killed off Al Lipscomb Way, near where a balloon release was held.

No one is in custody, but police released photos of persons of interest. 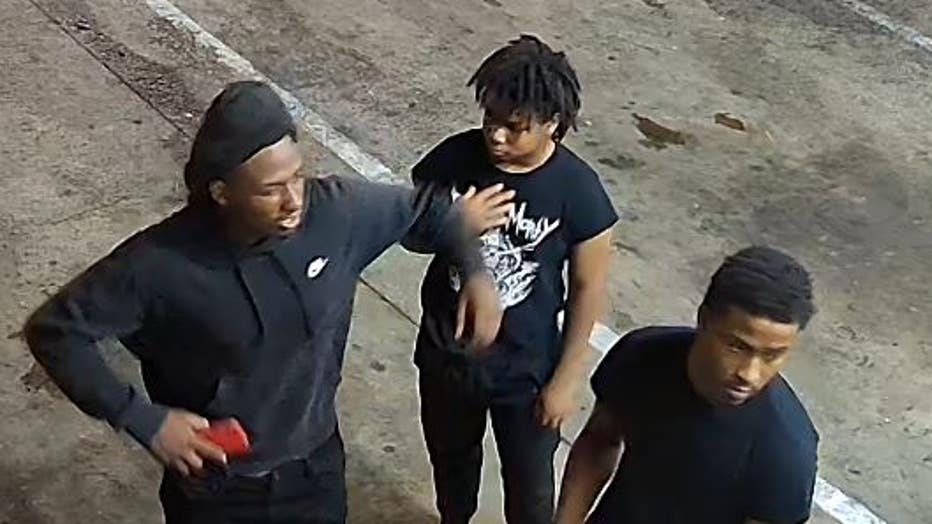 Investigators said three men were in the area before Edwards was murdered in a vacant lot at the corner of Al Lipscomb Way and Meyers Street. That’s about a block away from the teen’s south Dallas home.

Police said Edwards was found with multiple gunshot wounds in the vacant lot.

There is limited information, but police believe there are people out there with knowledge of what happened.

So far, no one has come forward.

The organization, No More Violence, is assisting the teen’s family.

"When parents still have this open case, the streets know," said Patricia Allen, founder of No More Violence. "Somebody, if you see something, say something. If it was your family and someone was knocking on your door, you would want someone to help your family."

14-year-old Manuel Edwards was found shot to death not far from his South Dallas home. His mother and police are asking anyone with information to come forward.

The 14-year-old was a 7th grader at Billy Earl Dade Middle School.

His family said he loved to play football.

Dallas police is offering a reward for any information.

The group that held a balloon release hoped to raise awareness, share Edwards’ life, and also raise the funds to lay him to rest.