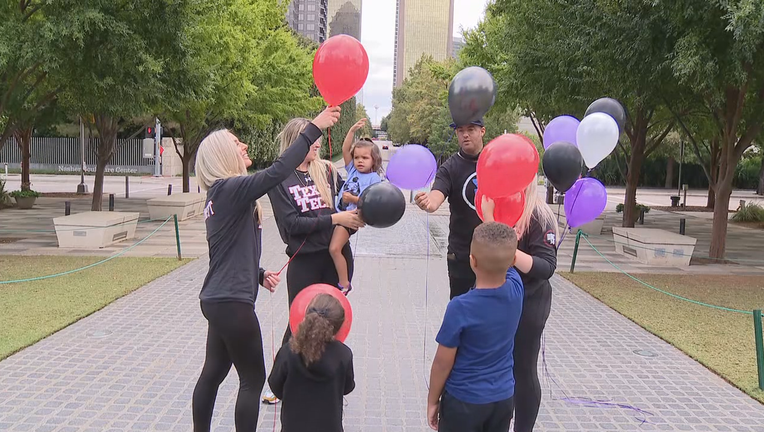 DALLAS - The family of murdered basketball player Andre Emmett held a balloon release at Klyde Warren Park in Dallas to mark a year since he was gunned down.

The former Carter High School and NBA player was killed near his home in East Dallas last year.

One of the suspects in the murder, Keith Johnson, had his bond reduced in July and was released to home confinement with electronic monitoring.

The suspected shooter, Michael Lucky, had his bond reduced on Monday.

Jail records show he is awaiting home confinement once he is assigned an electronic monitor as well.