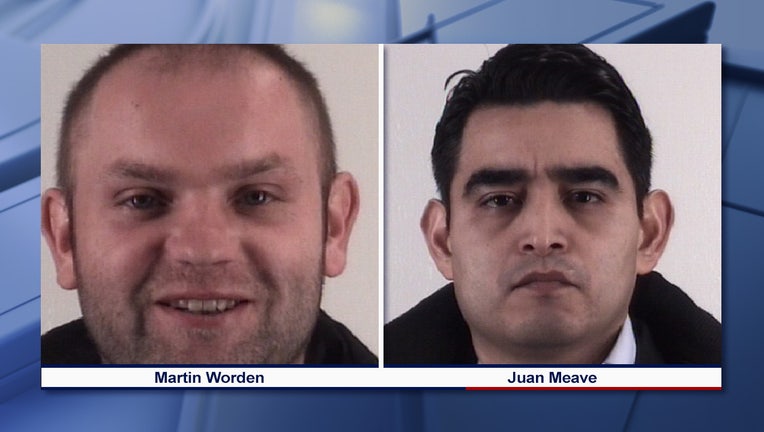 FORT WORTH, Texas - Fort Worth police said they have arrested two men in connection with the theft of the baby Jesus from the manger in the nativity display on Sundance Square earlier this month.

Juan Meave, 39, and Martin Worden, 33, were arrested earlier this week and charged with theft of property between $100 and $750.

The holiday theft was caught on camera in Downtown Fort Worth.

Surveillance video showed a man running up to the nativity scene in Sundance Square in the early morning hours. He quickly scooped up the doll and left down the stairs.

A different camera captured another man wearing a blue shirt and a hoodie with baby Jesus in his arms.

Police were able to identify both suspects and returned the baby Jesus to the nativity scene last week.