Just days after someone swiped the baby Jesus from the nativity display on Sundance Square away from his manger, the figurine has been returned to its rightful place.

FORT WORTH, Texas - Just days after someone swiped the baby Jesus from the nativity display on Sundance Square away from his manger, the figurine has been returned to its rightful place.

The holiday theft was caught on camera in Downtown Fort Worth last Saturday.

Surveillance video showed a man running up to the nativity scene in Sundance Square around 2 a.m. He quickly scooped up the doll and left down the stairs.

According to police, the suspect wasn’t alone. A different camera captured a man wearing a blue shirt and a hoodie with Baby Jesus in his arms.

A video posted by Fort Worth PD racked up over 1,000 shares online in just 24 hours.

Do you recognize this Baby Jesus thief? He's wanted for vandalizing the Sundance Square nativity scene. (Video: Fort Worth PD)

Thanks to a vigilant community along with police, FOX 4 captured a Christmas miracle on Wednesday: baby Jesus being returned to Sundance Square.

"Fort Worth police department did a great job," said Sundance Square Security Director Zach Murphy. "And he’s already back here with us. Before Christmas, might I add." 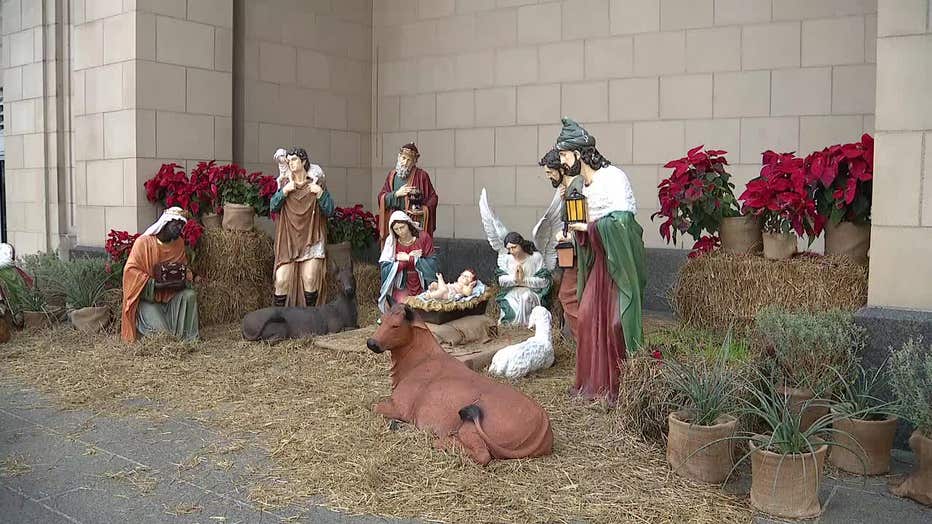 Fort Worth police declined to comment on camera but say investigators have identified both suspects. However, no arrests have been made.

"That’s something that is special about Fort Worth. Special about this city is everybody cares and everybody wants to do what they can to make this the best place for everybody," Murphy said.

Investigators say they’re still in the process of determining a value amount for baby Jesus.